the weekend that was…

Ralphie Aversa  —  11/12/2007 — Leave a comment
for the second straight weekend, i lived a life worth thirty-million words in the currency of photos, and still no digital camera.
the last friday night lights, the trip to syracuse and rochester… and no photographic proof of anything.
the reason?
a couple weeks ago while trying to hold fifteen things and accomplish another ten… i accidently dropped my digital camera while on with the lens “erected” (hehe). the camera hit the hardwood floor lens first, breaking the most important piece of the camera. for the second time, i had dropped my camera while on, with a crooked lens as the final product.
thankfully, i purchased the full accidental coverage plan from best buy. i dropped the broken photo taker off sunday, with a promise that it’d be repaired and shipped to my door within’ a week and a half.
it’s been a minute now. over three weeks to be exact. no correspondence. no camera. nothing. 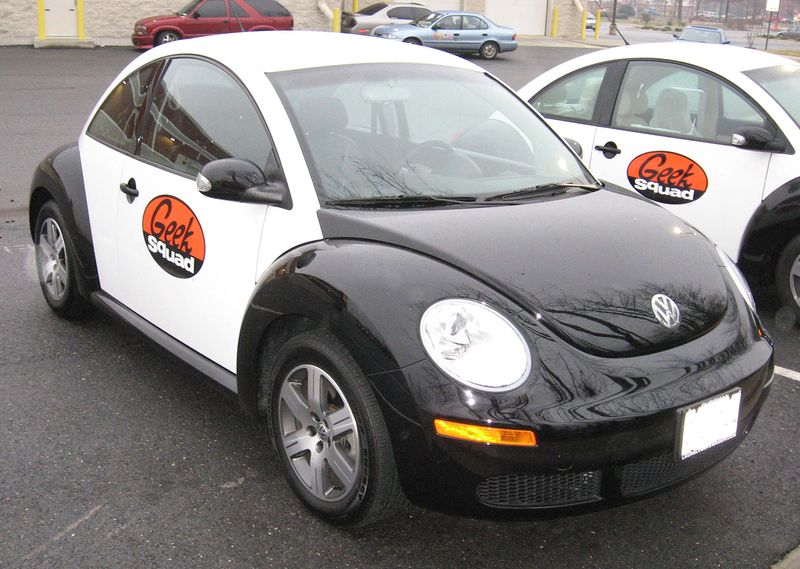 i don’t know what the geek squad is up to. you’d think – with best buy being a national store, and the geek squad comprised of a bunch of nerds, the work would be handled effectively and efficiently with regards to quality and time.
not so much i suppose.
nonetheless, i spent the weekend having all sorts of fun. after a long and eventful night at the woods, i spent saturday morning driving up to syracuse. first stop – wegmans (which also sells beer and stays open 24 hours). after a quick shower and wardrobe change, i ventured to the campus of my alma mater, syracuse university. amidst a copious amount of traffic due to the horrific football game and parents weekend, i somehow managed to find a parking spot right across from my destination, watson hall. for some reason, the parking gods always shine down on me when i arrive on the hill.
i spent the next 45 minutes in the darkroom with photographer extrordinaire pete jagdeo. wanna see the results? click here.
more running around – to delta sonic for a car wash, the rennaisance hotel for equipment set-up, a drive back to liverpool to pick up my little cousin, and another trip to the big dubs for some grub (nick and i love the asian food – he chows down on the bbq pork ribs, i opt for sushi and rice).
the night ended in usual syracuse fashion. after throwing down a set on the 20th floor of the rennaisance hotel for delta gamma’s fall formal, i scurried to chuck’s to rekindle my college days/meet up with friends. left at last call for my favorite all-night italian diner, barbieri’s, and called it a night.
i snagged five hours of sleep at my aunt’s. the day started early for a sunday, with a 10am breakfast appointment back at the rennaisance. my friend patrice innocenti’s parents were in town, so we met up to catch up.
for those who don’t know, patrice is the reason i ended up on msnbc four times last year. she’s only a sophomore – i know, amazing. that’s another post for another time.
the weekend of great company, food, and stories was in full tilt, with no sign of letting up. i left breakfast around noon to meet up with bht’s own justin bryant. we headed up i-90 to rochester, his old stomping grounds, and about an hour and a half away from mine. there we settled for lots of not-so-healthy but oh-so-good grub, along with more catching up with old friends. plus, the bills won – four straight!
all in all, an amazing weekend – busy, but filled with one thing after another to look forward to. however thanks to best buy, no one will be looking back on any of it…