Our thoughts and prayers are with Jason Derülo, as the singer recovers from a broken neck. The pop star was rehearsing for his upcoming world tour when he mis-executed a flip and landed on his head. Derülo was diagnosed with a “Hang Man’s Break,” as he fractured the same bone that is broken when someone is hung. Many people die or are left paralyzed from the injury. 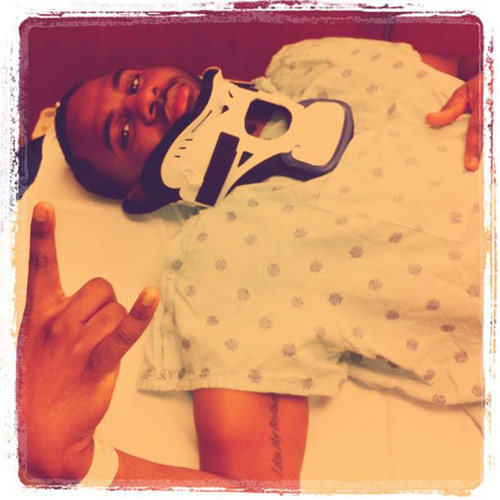 Less than a month ago, Derülo sat down for an interview with “The Ralphie Radio Show.” During the interview, I asked him about a different injury, sustained in a similar fashion to his current condition.

Doctors expect Derülo to be in a neck brace for six months. His “Future History Tour” has been cancelled.