Taylor Swift was most visible and Kanye West was nearly invisible during a 2015 Billboard Music Awards broadcast that set a 14-year ratings high mark on Sunday night.

It shouldn’t come as a surprise that the big night belong to Swift. The superstar entered the evening leading all finalists with 14 nods. Swift took home eight awards, including Top Artist, and also world-premiered the music video for her next single, “Bad Blood,” to kick off the show. 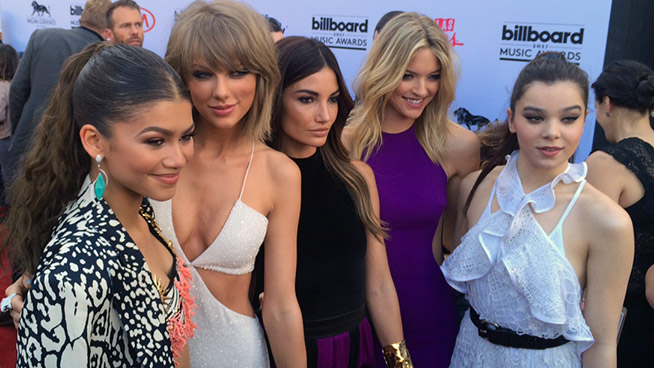 In what proved to be an omen of what was to come over the next three hours, Swift also led the segue from her video to a performance by rock legends Van Halen. The showcasing of past, present and future was a prevalent theme throughout the broadcast. Another notable routine came from Simple Minds, who had the entire MGM Grand Garden Arena in Las Vegas singing “Don’t You Forget About Me” in tribute to the 30 anniversary of “The Breakfast Club.”

A tribute of equal crowd participation came courtesy of Imagine Dragons. The Las Vegas-natives covered “Stand By Me” in honor of the late Ben E. King. Little Big Town also offered a nod to a legend, as the band invited Faith Hill on stage for a “one-night-only” performance of “Girl Crush.”

Representing for the present: Ed Sheeran, who with multiple loop pedals and two microphones put on one of the night’s best performances, Hozier, Nick Jonas and a duet with Meghan Trainor and John Legend.

Kia’s “One To Watch” artist was Tori Kelly, and her acoustic rendition of “Nobody Love” nearly stole the show.

According to TMZ, Kanye West was one of two artists not to attend the show’s dress rehearsal (the other was Mariah Carey). West closed out the BBMAs with a medley of “All Day” and “Black Skinhead.” Not only could he barely be seen due to the lighting and pyrotechnics, but he was also barely heard due to the censoring of his explicit lyrics.

The Billboard Music Awards were co-hosted by Ludacris and Chrissy Teigen and produced by dick clark productions. Early numbers from Nielsen indicated that an average of over 11 million people tuned in to the broadcast over the three-hours. 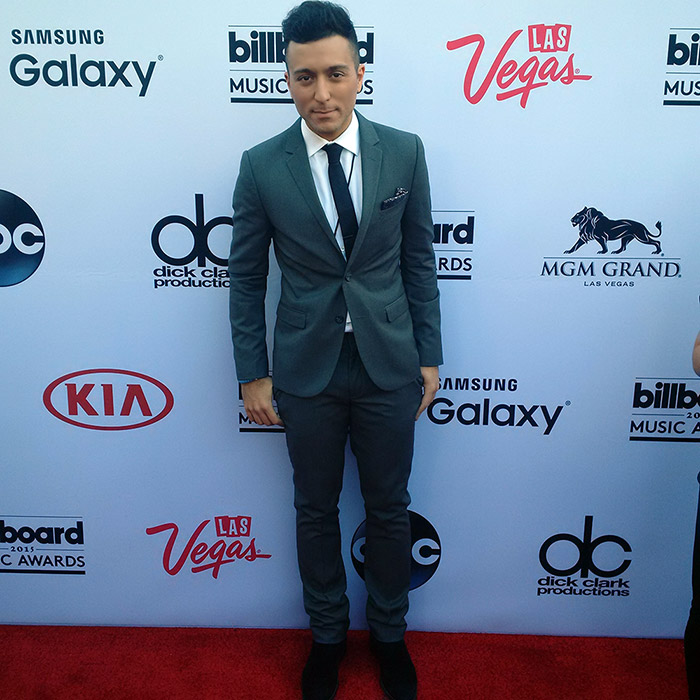 News And Notes From Backstage:
– Prior to introducing Simple Minds, Molly Ringwald told me she hadn’t seen the band since the movie’s premiere 30 years ago!
– After congratulating Meghan Trainor on her two Billboard Music Awards, the “All About That Bass” singer said she was so happy that she “couldn’t stop crying.”
– One Direction was in great spirits on-and-off camera. Harry Styles said the band is excited to release a new album this fall.
– “You won’t be disappointed bro!” was Kevin Dillon’s response when I told him and the cast of “Entourage” that I can’t wait for the movie. The moment was made even cooler by the fact that Dillon sounded just like his character, Johnny Drama, when he said it.
– I made small talk with Ellen Pompeo before she took the stage to present Swift with one of her eight awards. Pompeo called in to my show in 2008 on behalf of President Obama.
– “What is this night?!” exclaimed a surprised Swift as she walked off stage following her win of the fan-voted Chart Achievement Award.