The summer of travel took me down south again last weekend, as I visited Atlanta for my first time ever. Thursday night I left the studio, pulled an all-nighter, and made my non-stop 6 a.m. flight to the ATL. Instead of taking the airport shuttle upon landing, I thought it’d be a good idea to walk from my terminal to ground transportation at Hartsfield. That airport is MASSIVE and my idea was not one of the good variety. Regardless, I eventually made it on to MARTA, Atlanta’s public transit. That’s where I snapped this selfie.

First stop: Cumulus Media headquarters. Our Senior Vice President of Programming and Content, Mike McVay, was kind enough to score me Yankees/Braves tickets for that night in Turner Field AND give me a tour of our facilities. The corporate HQ is located in the Buckhead section of town, an upscale area with a lot of great hotels (and subsequently, hotel bars), high-end shops, and steakhouses. It was great to see familiar faces and meet some new ones, all in their element instead of on the road in New York or Los Angeles.

Next up: CNN World Headquarters downtown! I had no idea that the massive property is connected to both an Omni Hotel and the Phillips Arena.


I joined the panel on HLN’s “The Daily Share” to chat about everything from Donald Trump to Justin Bieber.

Again, it was great meeting people who I have corresponded with for years in real life and seeing a few familiar faces. I said my goodbyes and took the Marta back to Midtown, where my hotel was. I needed to tape and edit two radio segments for affiliates, and it left me with just enough time to grab a Caribou Coffee and egg sandwich (again!), change in to my away Derek Jeter jersey and meet colleagues at this spot called The Nook. From there, it was off to the 755 Club at Turner Field for the Yankees game.


We at some point made it to our seats and yes, I ate that full hot dog. I know, real sexy.\ 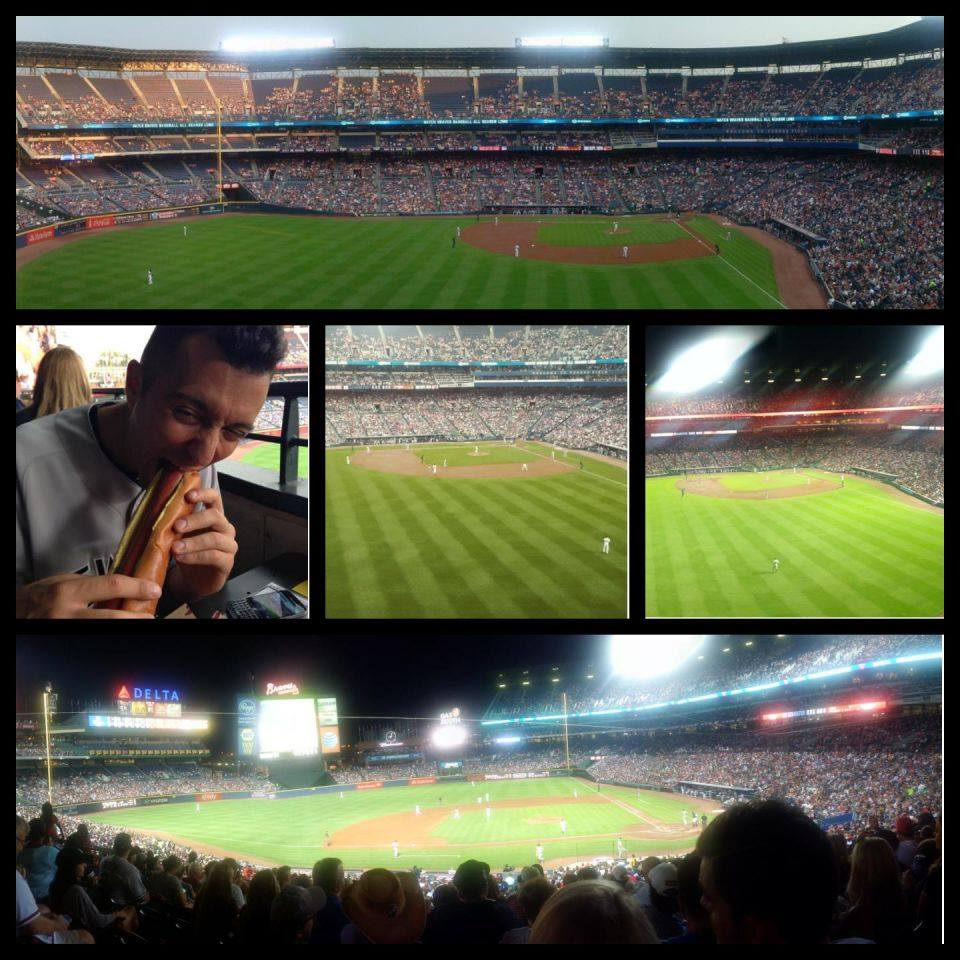 ANYWAYS, Yankees won, and my coworkers were kind enough to treat me to a steak dinner afterwards because they’re great.

And at the suggestion of many, tried the Coronary Burger from The Vortex. It lived up to the hype.


Special thanks to Aaron Roberts for playing the role of “tour guide” for most of the trip. Happy to be back home, and next weekend it’s back to home-home – Niagara Falls!