PHOTOS: Oktoberfest In Wilkes Barre And Miss America In AC!

My summer weekend travels continued with a two-city trip. Following an all-nighter to update this blog, I hopped on a Saturday morning bus from New York to Scranton, Pa. My friend and colleague Danny picked me up, we grabbed a quick breakfast at Starbucks, and then chilled at his apartment for a few hours. On the docket for Saturday? Mohegan Sun Pocono’s Oktoberfest; a three-day, annual event in Northeastern Pennsylvania that features music, food and about every Oktoberfest and Pumpkin beer you can think of.

What I’m saying is, I was in Heaven.

This was before I took a sip of Susquehanna Pumpkin Ale, my first of well, a couple beverages.

ANYWAYS – the awful weather in NEPA on Saturday did not affect us in the least bit. My friends and I had a great night, which ended with a few hands of Black Jack and some Domino’s to-go.

I slept a little Saturday night, then caught a 7:20 a.m. ride out of Scranton to Atlantic City, N.J. The Martz bus dropped me right off at Resorts Casino for my second destination of the weekend. After a bit of contemplation, I decided it would be fun to “Do AC” for the Miss America competition, which was co-produced by my friends in dick clark productions.


I checked in to my room, ran 3 miles on the Boardwalk and changed in to my Bills shirt before catching some football (and a nice Bills win!) at a local sports bar. My plan was to then make my way to the local baseball field where a seafood festival was taking place. Instead, a torrential downpour forced me to call an audible, and an Uber. I suited up, called another Uber and made my way to Boardwalk Hall. 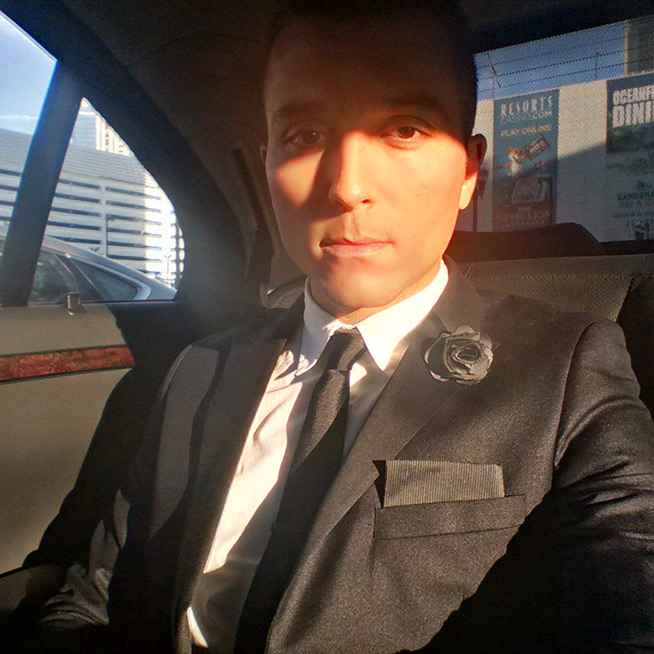 My original plan was to attend with Danny but due to work obligations he bailed. The fine folks at dcp hooked up a credential, so I decided to join my Cumulus cohort Erika Grace Powell on the red carpet and assist with her evening.


After the carpet wrapped, we headed inside the Hall to catch the pageant. I had judged at the state level for Miss USA, but had never attended a national event. There were so many great moments – between Vanessa Williams, the talent portion of the competition and the addition of celebrity judges and music curator Nick Jonas (who I said hello to earlier on the red carpet). And the energy inside the building only amplified the fun.

.@zendaya to #MissAmerica: "It's more than glitz and glamour and you definitely represent that." pic.twitter.com/L3WXIJ5ZsZ

Following Miss Georgia’s crowning, we headed in to the press area for the post-show press conference. Betty Cantrell was there, along with Williams and the other judges.

"She has an incredible talent. She was on fire in that red dress." @VWOfficial on #MissAmerica. pic.twitter.com/zqbqaKIogx


And as the song went, after the show it was the after-party. There I ran in to Williams on the dance floor and told her that I also attended Syracuse University. We exchanged a solid high-five.

Another Black Jack donation and trip to Dunkin’ Donuts inside Resorts Casino later and it was back on a bus following my second all-nighter in three evenings. It’s not like a full day, including TV and the radio show, awaited me in New York.

Trust me, I’m NOT complaining.