INTERVIEW: Here’s Where Conrad Sewell Hangs Out In NYC

Looking for Englishman-turned Aussie-turned LA native Conrad Sewell when he visits New York? You have good reason to seek out Irish pubs on the Lower East Side.

“The guy (at the bar) knows me, so I just get lots of free booze and I always end up like completely… being really responsible by the time I leave there,” revealed Sewell of is favorite watering hole. Perhaps that’s why he called it Gilhooley’s? A quick Google search yielded many pubs in the UES, none of which bared that name. 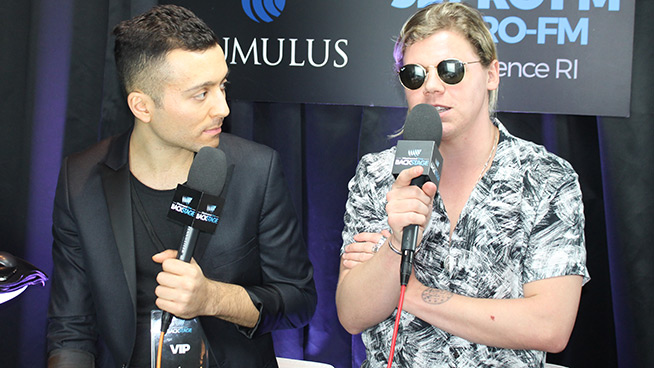 Then again, maybe his intention was not to be sought out.

“There’s so many good places,” he continued to gush about Manhattan. “Katz’s Deli obviously, get a couple sandwiches from there.

“It’s the only city that I still go to (where) you get that buzz that you get when you’ve never been to a place before. I get that every time I go to New York.”

Sewell is working on a full-length album to follow up his new EP, “All I Know. The singer is also currently on tour with Andra Day but is not listed to support her New York show on March 25 at Webster Hall. He will join her in Cambridge, Mass., Washington D.C., Philadelphia and his native Los Angeles.

But of course, none of those cities have the same buzz… or Katz’s Deli’s pastrami sandwich.