Phillip Phillips is just like you and me when it comes to New Year’s Resolutions.

“I love sweets,” the “American Idol” winner confessed to me. “I love chocolate. I love hot deserts. And so I’m trying to…”

Phillips cut himself off before he could finish the sentence.

“It’s hard to give up the sweets,” he finally admitted. “But I’m trying!”

In addition to his own admitted indiscretions, Phillips noted that his wife’s cooking is just too good to pass up. 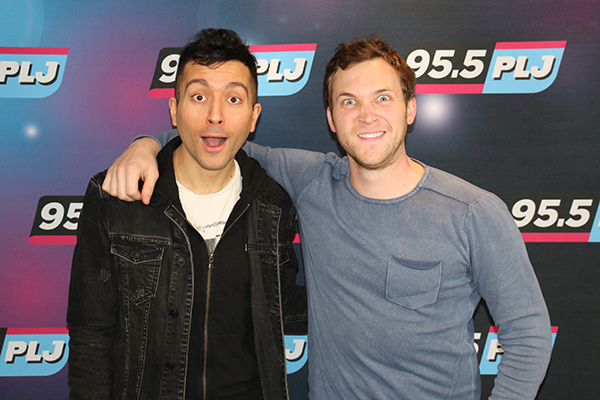 “She makes them for other people, but I have to eat them,” he continued. “I make sure it’s not poisonous. I’d rather take my life than anyone else’s, you know what I mean?”

All kidding aside, Phillips’ wife Hannah is influencing more than his diet – she also played a role in the singer’s new album, “Collateral.”

“These songs came alongside a lot of struggle and also a lot of light and a lot of love with getting married,” Phillips explained after I asked about the title. Almost four years passed between his second and third LPs; part of that time can be attributed to a legal battle between the artist and 19 Entertainment, which produces “Idol.” The parties settled the dispute this past June, thus paving the way for new music.

“I just want them to have a connection with it,” the Georgia-native responded when I asked what he hopes listeners will take away from his latest body of work. “These songs I’ve had for, some of them for three years, some of them for a little less than that.”

While talking about the album, Phillips described its sound and content as both varying in genre and tempo. He mentioned one song in particular, “Dance With Me,” which Phillips wrote for his wife. It was released ahead of the full album and its cover art was a photo of the two’s first dance from the wedding. The idea to use it came from one of the couple’s friends.

As soon as Hannah relayed the suggestion to Phillip, he was on board and they selected a picture from the wedding photographer to use. No word on if the friend received one of Hannah’s confections in return.