Andy Grammer is reading the room. Summertime is here. To some, our nation and the world are in a… let’s just say “precarious” place. And if there is one thing people are seeking, it’s love.

“My mom was an incredible lady and she taught me to basically just give love in every interaction that I had,” the artist recalled of his mother, Kathryn, while talking about his forthcoming single. “I think that with the climate that we’re in right now of the world, maybe sometimes this message would be a little too sweet but I think right now, it actually lands perfectly.”

Grammer immediately followed that assessment with a description of the song’s tempo. 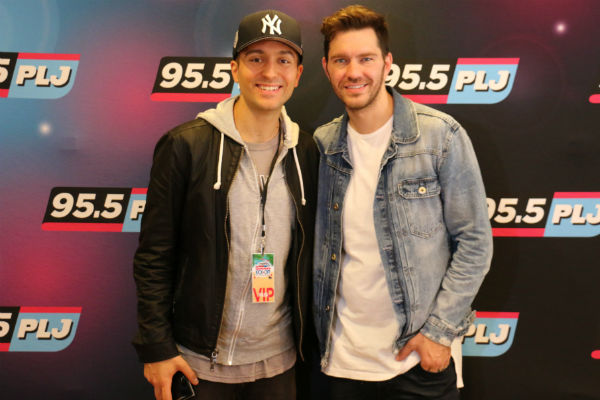 “Give Love” is the title and that thing will be released June 9. It’s far from the first piece of work that Grammer’s mother has inspired. In 2013, the “Honey I’m Good” singer started the KathyGramm campaign to raise awareness for women who were victims of gender-based violence, a cause that was near to his mom’s heart. And besides the new track, Grammer will have a little more love and to love in his life soon: this past March he and wife Aijia announced that they are expecting their first child.

As for the single, Grammer will celebrate its release on June 10 with a headlining performance at the Belmont Stakes.

“It makes you feel good,” he said of the song. “And we need more of that, for sure.”