I spent all of last week silent on Facebook, which no one probably noticed for a number of reasons: I was active on other social networks, I was still frequently in touch with family and friends and of course I was on live on the radio every weeknight.

To me, it felt weird. Last weekend I returned to Syracuse to catch the Orange (don’t get me started on the tournament snub) beat Georgia Tech and attend the annual WJPZ reunion dinner. On Monday I joined my friends on TV at “Chasing News” to talk about my Vinny Guadagnino interview. Wednesday I made the trek down to Brooklyn to watch the Orange lose in the first round of the ACC Tournament (and probably cement that aforementioned snub). And of course, I spent the week counting down the days until my trip to Las Vegas Tuesday, which yes I know might not even happen now with this pending blizzard.

But guess what? None of it mattered this week.

Saturday I was leaving the bookstore inside the Schine Student Center on SU’s campus when I looked down to see a new text notification on my BlackBerry. It was from a coworker with a link to an article on Billboard’s website.

My former colleague, Tommy Page, was found dead in an apparent suicide. I immediately felt numb.

I first met Tommy in May of 2009. I lived in Wilkes Barre, and was as Tommy would later refer to me, “a baby DJ.” At the time, Page was working A&R at Warner Bros. Records. He was so excited about his new act, a boy-band called V-Factory, that he decided to personally bring them by the studio for an interview.

Tommy and I hit it off right away, but to be honest a lot of it was more circumstantial; I think he immediately took a liking to me or at least gave me the benefit of the doubt because he was close with my Program Director at the time, A.J. He also was a bit fan of 97 BHT, particularly the station’s position in the market as the younger, hipper pop station that wasn’t afraid to lean rhythmic or electronic (example: WBHT broke Lady Gaga in the metro when other stations across the country declared that “Just Dance” was “too dance-y” – whatever that jargon means).

And of course, Tommy loved Northeastern Pennsylvania. He raved about his vacation home in East Stroudsburg, and also had recently purchased a fixer-upper in Jim Thorpe.

Tommy and I would spend 2010 through 2014 crossing paths at various events, either in New York or out in Los Angeles. I remember my first GRAMMYs; I attended Billboard’s after-party at The London in West Hollywood. Tommy was its publisher at the time, and immediately left his conversation when he saw me just to come over and say hello. That meant a lot.

Then in 2015, he joined our company as a Senior Vice President of Brand Partnerships. I enjoyed this because not only would I see Tommy in our building occasionally, but I’d get to work with him at some of our signature backstage broadcast events, including the Billboard Music Awards and the American Music Awards in addition to the aforementioned GRAMMYs.

The weekend after our first BBMAs working together in Vegas, Tommy and I both headed down the shore to Point Pleasant for 95.5 PLJ’s Summer Kick-Off. We sat down at the client party and talked about where the company was moving before he tasked me to help write a spec promo for an upcoming event we were working on called “Malibu Mansion Live.”

I’ll never forget, while music played and people partook in the open bar, Tommy and I sat alone in a corner of the room and wrote the script; Tommy throwing out ideas followed by me feverishly typing away on my BlackBerry and reading lines out loud to see what if any changes he wanted.

After a few more revisions, that promo was eventually voiced, produced and presented to company executives and our marketing department. The following November, Tommy and I were in Malibu for the two-night promotion that featured country singer Cam (who he sang “Happy Birthday” to while I walked out with a makeshift cake/candle for her), Nick Jonas, Tori Kelly and Fall Out Boy. 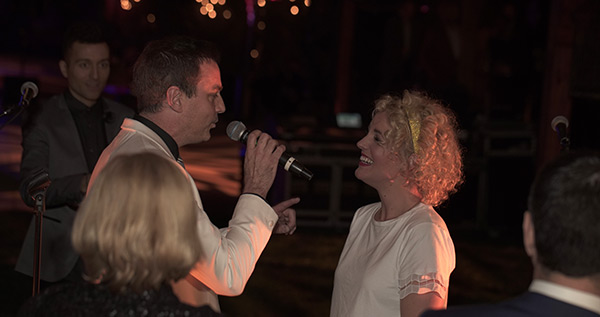 As the second, successful night winded down, Tommy pulled me aside.

“Remember when we first started talking about this and we wrote that promo in Point Pleasant?” he asked. “The whole thing came to life. It was like you and I wrote a hit record together.” 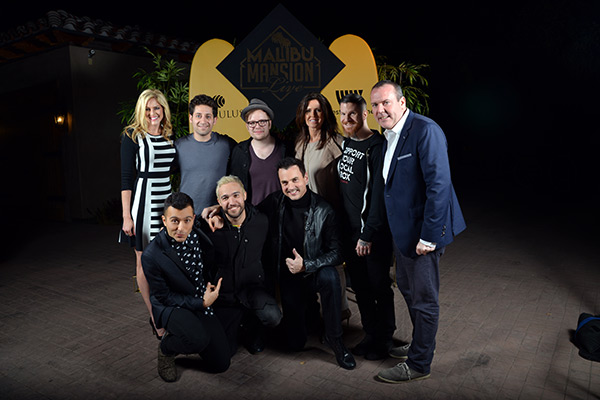 Of course, it was Tommy and his team that did all of the hard work. But coming from a guy who scored a number one hit in 1990 with the single, “I’ll Be Your Everything,” that compliment really struck a chord with me.