CeeLo Green spent a little over a year out of the spotlight and hasn’t released new music in almost five (save his 2012 Christmas LP). The last year was controversial at best: Green was sentenced to three years probation following a no contest plea after authorities charged him with supplying ecstasy to a woman. The Los Angeles County District Attorney’s office brought that case to court after dropping sexual battery charges, citing insufficient evidence.

The last public report on Green’s probation came in May, and it was completely positive. Green, nee Thomas DeCarlo Calloway, complied with all conditions and a judge relieved the singer of having to attend any further court hearings. It seems the experiences of his past year have affected him, but not necessarily changed the former “Voice” coach.

“I’ve endured quite a bit, and I’ve experienced quite a bit,” Green told me as we chatted for a few minutes about his forthcoming album, Heart Blanche, due out November 13. “I’m at the time of my life where, I just felt like more mature music needs to co-exist. It’s definitely from the same signature soul perspective of CeeLo Green and even more introspective and reflective, but still enjoyable and entertaining.” 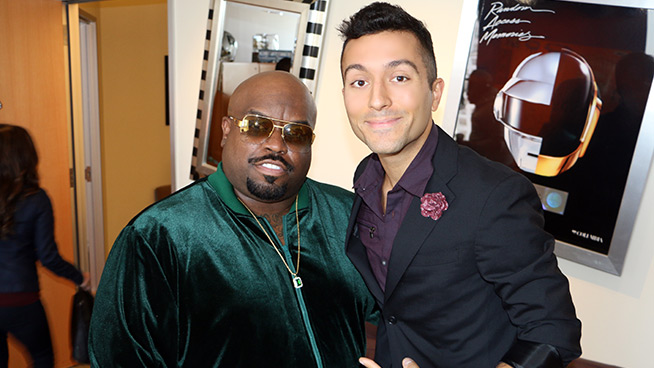 I followed up by asking if he is reflecting on the past year in these songs; he confirmed that and elaborated.

“It’s a culmination of that (and) just a desire to kind of get back in and contribute again,” Green responded. “You just feel like you’re being idle.”

But while the “Forget You” artist probably wasn’t moving at the pace he had grown accustomed to, he was far from idle. Green recorded his new LP while fulfilling community service requirements with Volunteers of America, working with homeless veterans. And his therapist said that anytime Green was asked about his upcoming project, he exhibited a “genuine humbleness.”

The same could be said during our chat, which was the second time I have interviewed Green.

“You ever heard the term, ‘carte blanche’?” he asked after I inquired about the new album’s title. “It means, ‘one who has the ability to act as he wishes, behave, create.’ You know what I’m saying?

“Heart Blanche; music being a matter of the heart.”