Unlike other artists looking to release their sophomore albums on a major label, the one thing singer ZZ Ward doesn’t have to worry about is if the LP will actually see the light of day. This Means War already has a street date of September 18 and is available for pre-order now, a lengthy three-and-a-half months ahead of the album release. 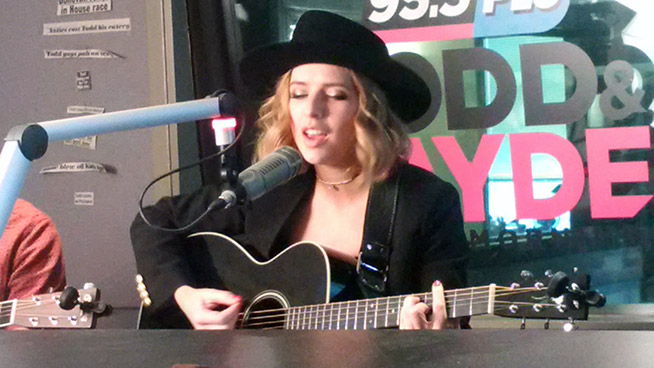 The pre-sale was announced in conjunction with a headlining tour and the release of a new single.

“’Love 3X’ is kind of about the ups-and-downs and the good and the bad and all of the imperfections that make your relationship the perfect mess that it is,” described Ward of the track.

The Oregon native, who has lived in Los Angeles for the past five years pursuing her music career, wrote the song herself. That also comes as a surprise, as her manager is a GRAMMY Award winning songwriter with a number of big radio hits to his credit. Despite this, Evan Bogart only contributed one track to the artist’s debut effort. Ward says that they wrote together “a lot” this second time around, but that she enjoys the creative and collaborative freedom afforded to her by Bogart.

“(Evan) has the ability to really guide you as a writer in the sense that, he doesn’t have to be like writing on everything or be up in all the videos,” Ward explained. “He can kind of let you do your thing, and so that’s been really great working with Evan.”