INTERVIEW: You’ll Never Guess What This Pop Star Was Addicted To

G-Eazy sent a direct message on Instagram to say he was a fan of her music. Katy Perry tweeted, “she’s one to watch,” with a link to the up-and-coming singer’s single. And a quick Google search of her work won’t yield a single negative review.

There is a lot of buzz around Lèon, a 23 year-old singer and the latest in the line of pop exports from Sweden. From Alesso to Tove Lo to Max Martin, the European country has gained a solid reputation across the pond for its music. Lèon certainly recognizes that, yet has to really wrack her brain when asked why so much good pop music comes from Sweden.

“We have a lot of dark days in the year,” the singer, who hails from Stockholm, attempted to explain during an interview on my radio show. “When summer arrives, you have like two months of bliss and then that’s taken away from you.”

Lèon also guessed that Sweden’s pop perfection could be attributed to the honesty of the songwriters’ lyrics and the country’s melodic language, but even she prefaced all of that with the fact that she just doesn’t know.

To one of her points though, the songstress’ debut single “Tired Of Talking” from her debut EP “Treasure” is based on a true story.

“I’ve had my fair shares of weird situations,” is how Lèon began the tale. “Basically it’s about a person that I had a thing with for years but we were never together.”

As Lèon began to fill in the facts of the story, things became more interesting: the guy is from Sweden, they met when she was 18 and that meeting took place outside of a McDonald’s.

And he probably hasn’t heard the song yet.

“But yeah, that’s basically what it is about. And me just being probably fed up and finally getting some self-respect I guess.”

I sensed Lèon was in a position where she didn’t want to say too much more about the guy but had more respect for me than to lie or change the subject. So naturally, I segued the conversation to McDonald’s – and what the chain is like overseas. 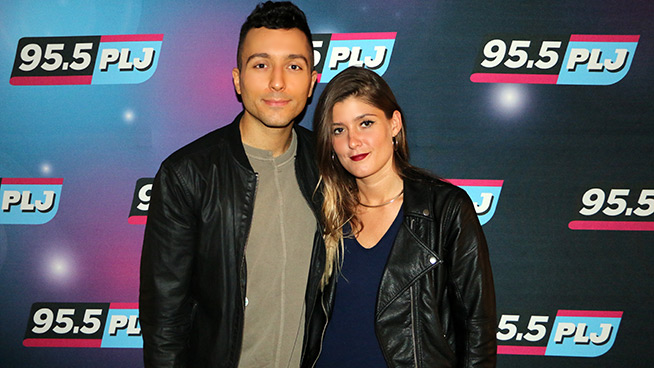 “I don’t really (eat) McDonald’s,” she said before adding, “It’s pretty fresh I think in Sweden, I think they’re trying to make it (healthier).

Lèon herself has had to modify her diet a bit. At a young age she chewed so much gum that doctors told her she permanently injured her jaw.

“I could chew like, 25 gums a day,” revealed Lèon of her… gum addiction? “Sometimes my cheek swells.”

Now she has to wear a brace before she goes to bed in order to prevent further damage. It’s a rather bizarre story yet relatively speaking, the singer still falls on the tamer side of pop stars with addictions.