Billy Corgan writes songs for The Smashing Pumpkins. He writes storylines for the wrestling outfit TNA Impact. And now the 48 year-old front man, with the help of friend and tour-mate Marilyn Manson, will attempt to re-write the discussion for how we look at Veterans who serve our country. The Pumpkins and Manson will kick off a tour this summer, and at each stop, there will be a campaign roll-out for “New Beginnings: Reaching America’s Vets.”

“Most people don’t know that Manson, like myself, is from a Military family,” Corgan explained to me during Live Nation’s “National Concert Day.” “And so we want to try and use this opportunity of the tour to rebrand some of the social discourse around Military vets and their families in terms of American culture.” 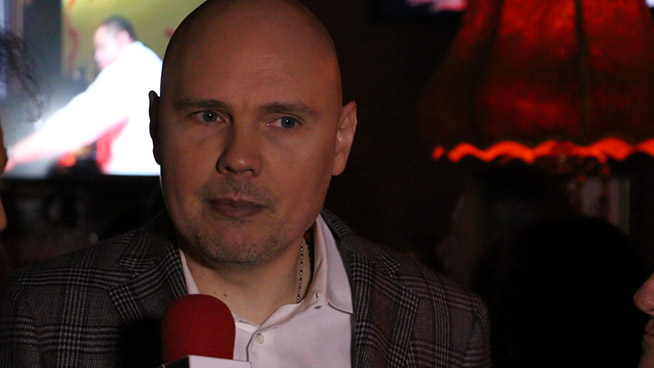 Corgan specifically referred to taking the conversations out of the “political sphere” and placing them back in to the “social and civic sphere.” He hopes to raise awareness to the challenges that veterans and military families face when they return home.

For the campaign, Corgan and Manson have teamed up with the Easter Seals Dixon Center. The organization is the military and veterans arm of Easter Seals, which has provided to support to vets since World War II. Its aim is to help “veterans, military families, employers and organizations that want veterans to reach their potential and participate fully in their communities.”

“It’s connecting with (veterans) in a meaningful way,” Col. Sutherland said of the partnership’s mission. “Billy’s going out on tour with Manson and they’re going to have the conversations in the local communities, and then we have the opportunity to follow up to really deliver to services or the delivery of services.

Corgan and Manson will make sure of it.

“I feel very, very confident that if this issues is put out the right way, and done with some humanity and some tenderness, especially coming from me and Manson, where you wouldn’t expect it!”

“The End Times” tour kicks off July 7 in Concord, Calif.