Archives For The 58th GRAMMYs

Don’t Believe Me Just Watch: ‘Uptown Funk’ Almost Didn’t Give It To You

The next time you hear “Uptown Funk,” the infectious anthem birthed by DJ/producer Mark Ronson and recording artist Bruno Mars, think about this: it almost never was.

“I remember Bruno once saying like, ‘Man it just breaks my heart but maybe this song is just not supposed to be,’” Ronson recalled to me early last year. “From that initial creative point of it, it was so exciting. That’s why I was hanging on to it like, ‘We gotta make this work.’”

“Now when I hear it and I just see people like go wild or dance or light up, it’s great,” Ronson told me, noting that he forgets about the long, stressful nights that went in to the record’s creation. 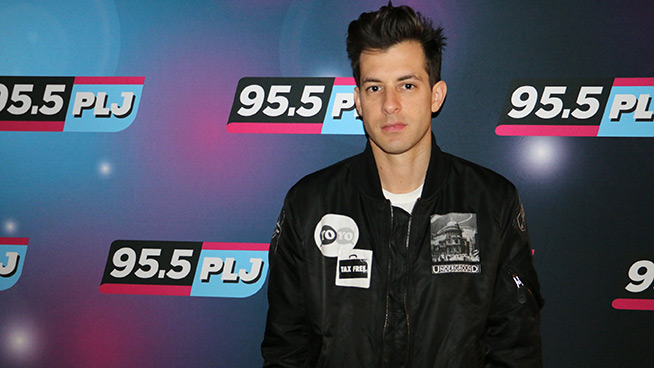 Coming off last weekend’s Super Bowl Halftime Show, Ronson and Mars now look to take home hardware on music’s biggest night. The GRAMMYs air Monday on CBS from Los Angeles, and “Uptown Funk” is up for Best Pop Song Duo/Group Performance and one of the evening’s biggest awards: Record of the Year.

“I’ve had a few (successes) but none of my own records have… you know, they’ve always been cult hits or ‘DJ records’ and stuff,” reflected the English-born, New York-raised producer on the success of “Uptown Funk” in 2015. “This is beyond anything I ever really thought would happen.”

This is Ronson’s third nomination for Record of the Year and if he wins, he’ll add it to the mantle alongside the award he scored thanks to Amy Winehouse’s “Rehab.” Coincidentally, Mars and Ronson also were up for the category in 2014 thanks to “Locked Out Of Heaven.”

“You know, I had always heard about (Mars) even when he just started out and everyone around LA was like, ‘Oh yeah, this super-talented kid Bruno; he plays all these instruments (and) he’s a great songwriter,’” Ronson said. “I never met him and I got a call just to go in and we met and we talked about music…and I just really liked him so we started working on his second album.”

The DJ/producer has three GRAMMYs in-all, also nabbing Producer of the Year, Non-Classical and Best Pop Vocal Album in 2008 – a year that belonged to the late Winehouse.

“No one’s ever going to live up to Amy, you know in the way she was such a singular, incredible artist,” Ronson said of her. But while the two are never compared (and rightfully so), when MTV wanted to pay homage to Winehouse on the 2011 Video Music Awards, they called on one artist.