Remember our friend Brenda? She is the one who grabbed this footage of Lil Wayne and his crew fighting over a BB gun Sunday at their hotel. On Monday night after the show, Brenda met Weezy, although apparently the BB gun wars hadn’t ceased. 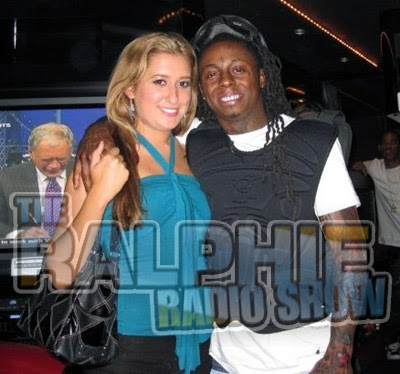 As you can see, Wayne’s wearing a bulletproof vest and goggles. With his automatic BB gun in tow, he was plotting to target Young Money’s Mack Maine, again. However, with the amount of fans around the tour bus, and cameras everywhere, Wayne didn’t want to give the wrong impression to anyone (this BB gun, which I have not seen, allegedly looks like a machine gun).

Weezy F. wore the vest for the duration of Brenda’s time on the tour bus, which she says was a little over an hour.