Early Saturday morning, TMZ posted a photo of Lil Wayne, claiming he clutched what appeared to be an automatic weapon, with the caption that the picture was taken on July 27, 2009 in Pennsylvania. 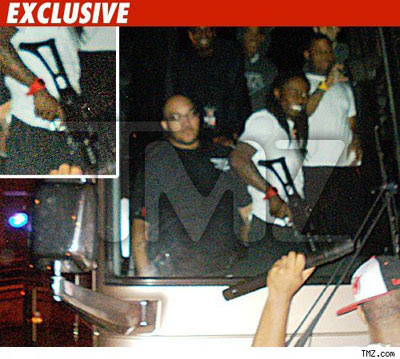 The Ralphie Radio Show can confirm the photo was taken that day, in Scranton, outside of Lil Wayne’s hotel – The Radisson. As I reported back in July, the “gun” in question is actually a BB gun. According to my source, Wayne went as far as to hide it from people on his bus, as he didn’t want a picture like the one above surfacing.