In an interview on “The Ralphie Radio Show,” singer Jay Sean confirmed his next album, Freeze Time, is complete. But the Punjabi MC wouldn’t confirm much more than that.

“There were a few things we had to see if we could get done… if they materialized, and they did,” said Jay. “I’m trying to be very vague here.”

Immediately you might assume that one of those surprises involves fellow Cash Money/Young Money Records artist Lil Wayne. But don’t forget: Weezy is still serving his 8 month jail sentence for illegal firearms possession in New York. Matter of fact, there’s even a chance Wayne has yet to hear the album’s first single, “2012 (It Ain’t The End).”
—
Download the interview 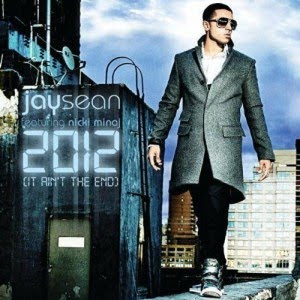 —
“You know what? I don’t even know if he’s heard it, poor thing, because he’s been inside,” admitted Jay. “I don’t know man… it’s so weird, I’ve got so many questions to ask him when he comes out. Does he know that while he’s been in, what’s been going on with Nicki (Minaj) and Drake? I mean, of course he must know, but he hasn’t been able to witness it.”

Lil Wayne does have some connection with the outside world: TMZ reported Monday that the rapper is now in solitary confinement after prison guards found him in possession of a pair of headphones and an MP3 player charger. Jay Sean says that someone from the Cash Money/Young Money camp visits Wayne at least once a week at Rikers Island.

Jay Sean hopes to drop his next album before the end of the year.