Who would’ve thought that there could be a person or persons that would ignite more of a social media thunderstorm than Selena Gomez and Justin Bieber?

By the way, as of press time, the storm has yet to subside.

Entertainment reporter Jill Wilderman checked in from Hollywood with the latest on the “Jelena.” The couple was spotted last weekend not in Los Angeles for The Grammy Awards, but in New York. Gomez and The Biebs ate at a trendy Thai restaurant in Manhattan, and the actress was spotted wearing a ring on her way out. Wilderman said the idea that the piece of jewelry is of the engagement variety is probably false. Reportedly the schedules of the teen stars were not allowing them the chance to see each other on Tuesday for Valentine’s Day. 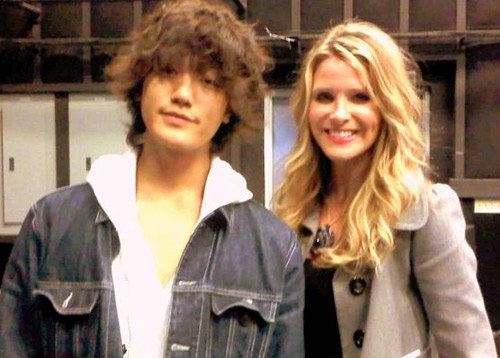 But all of that was soon overshadowed by Wilderman’s introduction of Jin Akanishi. The Japanese pop star has already attracted a very large and passionate following across the globe. Akanishi now has his eyes set on America – with a handful of tour dates that will take him from Los Angeles to Honolulu to New York. Last November the singer dropped a single, “Test Drive,” which was produced by J.R. Rotem and features Jason Derulo. Akanishi released his latest track, “Sun Burns Down,” last month. It shot to the top of the iTunes dance chart.

Don’t believe the hype? Check out how many mentions, retweets, and favorites I received on Twitter here. Plus, read more about Akanishi’s migration to the States on Wilderman’s blog.