The tributes to 18 year-old Gary Lukasiewicz continue to pour in from across the country, as Boston Red Sox star David Ortiz mailed in an autographed photograph signed to the fallen Riverside High School senior. 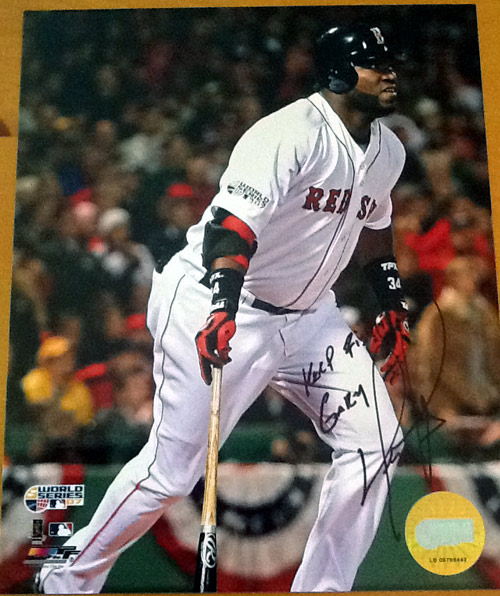 Lukasiewicz passed away after a second battle with cancer on the morning of May 19. The Taylor resident’s struggle inspired his classmates at RHS to embark on a global media campaign to raise awareness for Gary and his fight against the disease. Celebrities and athletes joined in with students and local residents to tweet “#keepfightinggary.” The phrase made millions of impressions on Twitter timelines as the Kardashians, Jason Derulo, and Kendra Wilkinson among others sent their support.

Ortiz was one of the more high profile athletes to chime in, tweeting, “#keepfightinggary‬ for a huge BoSox fan &amazing inspiration battling cancer in hospice care weeks from graduation. God bless u.. Love 34.” Friends of Lukasiewicz note that he was a big Red Sox fan.

Lukasiewicz has been memorialized locally as well. GoLackawanna reports that during a recent board meeting, the Riverside School Board approved the acceptance of tree donated by the Wilkes-Barre Scranton Jr. Penguins in honor of their former teammate. Earlier this month, the state House of Representatives passed a resolution that named June 2012, “Keep Fighting Gary” Month in the Keystone State.