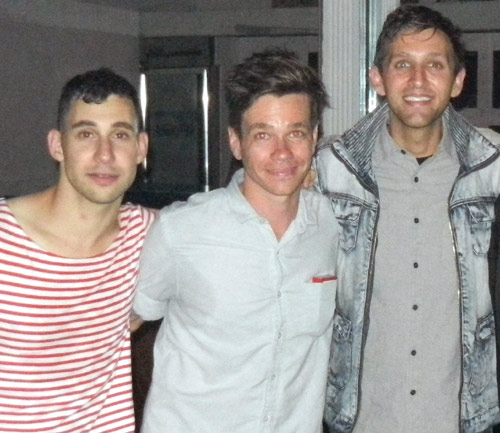 “Don’t tell Arizona, but it feels good to call New York a hometown show,” Ruess said, eliciting one of many deafening screams of approval from the audience throughout the night. “What do they say; you have to live in New York for five years before you can call yourself ‘a New Yorker’?”

Performing the first of two consecutive sold out shows at the hall, you would’ve thought by the crowd’s reaction that the band grew up in the Empire State. Surrounded by fans, friends, and family alike, Fun. powered through a set that lasted just over an hour and fifteen minutes and included a healthy mix of both 2009’s Aim and Ignite and 2012’s Some Nights. The latter produced Fun.’s global anthem, “We Are Young,” which naturally was the highlight of the evening.

After the show, the band met with local radio station winners and record label staff. Ruess told me that the band already has the third single from Some Nights set (the second is the title track). Keyboardist Andrew Dost joked that there is virtually no chance my favorite track, the seven minute-long “Stars,” will be released as a single to radio for obvious length reasons, although I did unsuccessfully argue that an edit could be made.