Damaris Lewis is a celebrity mentor for Thursday’s Garden of Dreams Talent Show at Radio City Music Hall. The Brooklyn-born star brings a diverse resume to the table: Sports Illustrated Swimsuit Model, backup dancer for Prince and cameo in Kanye West’s music video for “Monster” are just a few of the things found on her Wikipedia (of course, we confirmed). Not surprisingly, Lewis was able to answer a question about what kids participating in the show could learn from the aforementioned musicians with relative ease.

“Listen,” she responded when asked what “The Purple One” could teach others. “I think that working with Prince, the one that I notice is that he hears everything. He’s very observant, and that’s important if you’re going to go in to a career in entertainment. You need to know what’s happening all around you, at all times.”

Perhaps his public persona would prevent others from linking Kanye West to a mentorship role at a kids’ talent show, but GRAMMY Awards and chart-topping albums don’t come without hard work and talent. 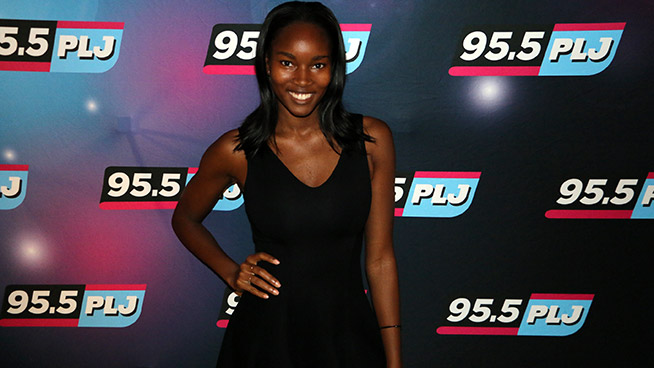 “Be yourself,” Lewis said of what Mr. West could teach those performing at Radio City Thursday. “Never be afraid, just like Hoda (Kotb), to be the same person you are when you wake up when you’re on that stage. If you carry that energy that you have on the stage in to your real life, your confidence levels will be the same in both areas.”

The “Today” host, along with stars from Broadway and The Rockettes, also serve as mentors to those participating Thursday.

“It’s really great energy for the kids to have, on-and-off the clock.”

The Garden of Dreams Talent Show will feature children found through its 25 partner organizations that are facing difficulties, such as extreme poverty or homelessness. The event takes place on Thursday at Radio City Music Hall, and is free to the public. It kicks off at 7 p.m.