On Wednesday I headed to Radio City Music Hall, where rehearsals were underway for the upcoming Garden Of Dreams Talent Show, a free event on March 27. The annual show offers kids who are overcoming obstacles in the tri-state area the once-in-a-lifetime opportunity to perform on the great stage at Radio City.

The participants also receive tutelage from a number of celebrity mentors, including Sports Illustrated model and dancer Damaris Lewis. She chatted with us during the rehearsal about working with the kids and on their curiosity as to who she knows and has worked with.

Lewis and her fellow mentors will be back at Radio City to support the kids on March 27; the event starts at 7 p.m. and is open to the public.

Also asked @DamarisLewis if the kids participating Google her and start asking her pointed questions about who she knows/has worked with. @gardenofdreams @RadioCity @955PLJ pic.twitter.com/3XeyrmaPK2 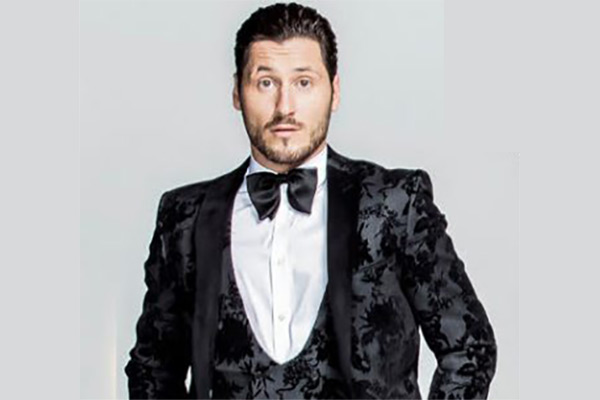 2 Slices And A Story: The Rockettes [National Pizza Day]

I never thought this piece would end up seeing the light of day. There’s a long story as to why, and for now I will spare you, but nonetheless we have a brand new “2 Slices And A Story.” Basically I used the made-up holiday of “National Pizza Day” as an excuse to finally release this in an otherwise untimely manner; it was originally filmed back in November and features two Radio City Rockettes.

So “2 Slices And A Story” but with three people and three slices? We almost had a fix to that right from the start…

Congratulations to Hoda Kotb on her new gig as the permanent co-host of “Today,” alongside Savannah Guthrie. I’ve had the pleasure of meeting Hoda on a couple of occasions and I must say, in-person she is exactly who you think she is: warm, inclusive, inviting and of course usually down for a good laugh.

Of course, Hoda also kicks off my show every evening with her repetition of, “Ralphie, Ralphie, Ralphie.” The whole thing actually started in 2015 when I first met Hoda at Radio City Music Hall; she was mentoring kids for the Garden Of Dreams Foundation Talent Show. When Kotb was introduced to me she exclaimed, “Ralphie’s here!” and that clip served as my open for about a year. Then in 2016 I saw Hoda again at the same event and informed her that she started my show every evening. Kotb laughed and then insisted she record the new, current version. 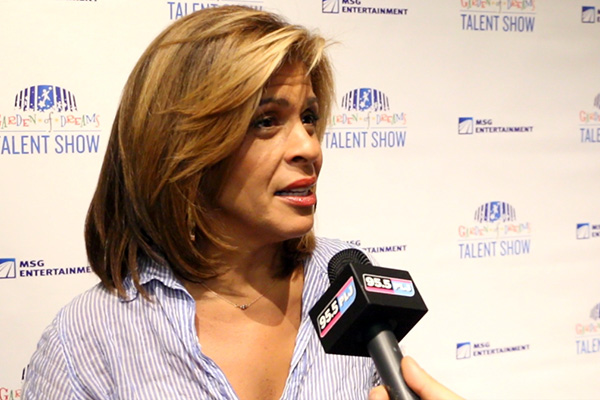 All kidding aside, I’ll never forget the first time I interviewed the “Today” co-host and not exclusively because she unknowingly gave me a fun way to kick off my radio show. For me, the most memorable part of our conversation was when we were talking about advice she would pass on to participants of the talent show.

“I don’t think successful people are necessarily the most talented or the most educated,” she explained. “I wasn’t either. I think it’s really the kids who don’t stop. You’re here for a reason. I think for any kid who has ever wanted to do something, if you have a will and you love it, I think that’s three-fourths of it.

Ultimately, Kotb’s advice was to never give up. She embodies the message and serves as proof that yes, good things do happen to good people.

HODA, HODA, HODA! Congratulations @hodakotb! And if you're late to the party, here's how "Ralphie, Ralphie, Ralphie" came about. –@ralphieaversa #SavannahHodaTODAY #ThanksHoda pic.twitter.com/x0p5M7DVNe 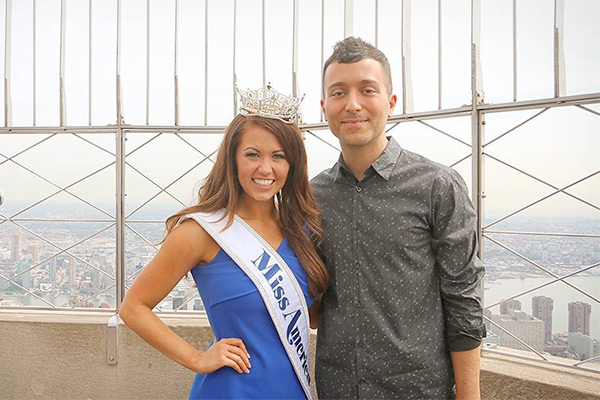 It was great attending this year’s Garden Of Dreams Talent Show at Radio City Music Hall on Monday night. The event gives kids who live in the tri-state area a once-in-a-lifetime opportunity to be mentored by professionals in entertainment and then perform on the great stage inside Radio City. On the red carpet, we chatted about the show and New York sports with Food Network star and devout 95.5 listener Chef Anne Burrell along with former Mets pitcher John Franco. 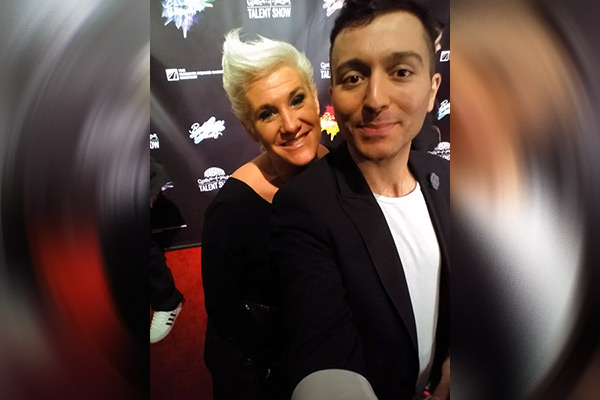 PHOTOS: Another Long And Eventful Weekend

Yes, I have been taking what seems to be a lot of time off lately. Maybe I’m the only one who feels like it’s a lot because I can’t remember a stretch in my career when I went so many consecutive weeks without working a full one. But the perfect storm of my “American Music Awards” trip followed by Thanksgiving and combined with 10 vacation days created a rather unusual situation for me.

Hey, use ‘em or lose ‘em right? And I’m not in the business of losing… certainly not to the extent of two weeks’ worth of vacation.

So last weekend was another of the long variety, but what I found interesting about it is that I ended up at the studio every single day. On Friday I met colleagues in midtown before joining them at Kelsea Ballerini’s Irving Plaza show. I had to buy Syracuse/UConn tickets from the Madison Square Garden box office on Saturday, so eventually I went upstairs to use the restroom and check something on my computer.

I had a lot of fun over the four hours and to be honest, didn’t realize how much I would enjoy the music. That Luke Bryan sings a catchy tune.

Then Monday I was back at the studio before heading downstairs to watch my Syracuse Orange lose… again… this time to former arch rival UConn.

Some other weekend highlights: family made their now annual trip to the city. I took them to see the Radio City Christmas Spectacular starring The Rockettes. The show, as usual, was fantastic.

We followed up our trip to Radio City Music Hall with a trek up to my neighborhood for grab dinner at Carmine’s – the first time I had visited that particular location. The carbs were both plentiful and delicious.

Sunday night after my show on NASH FM I brought the fam to Snack Taverna in the West Village. I wanted them to experience what a typical New York City dining experience is like: dim lighting, close tables, small and large plates you order for everyone to share.

I enjoyed it but I don’t think that will be making the family’s annual itinerary. It was a rather unusual experience for them… and not the kind that leaves you with 10 vacation days to burn before the end of the year.

VIDEO: Attending The Rockettes’ First Open Rehearsal Of The Season

In what has become an annual tradition for me, I spent one October morning in my neighborhood on the Upper West Side with The Radio City Rockettes as they prepared for this year’s Christmas Spectacular, which kicks off November 11. Grab your tickets now here!

Tori Gregson, a four-year veteran of the famous Radio City Rockettes, called in to chat about the New York Spectacular. The brand new show runs from June 15 through August 7 at Radio City Music Hall. Tickets are on sale now. 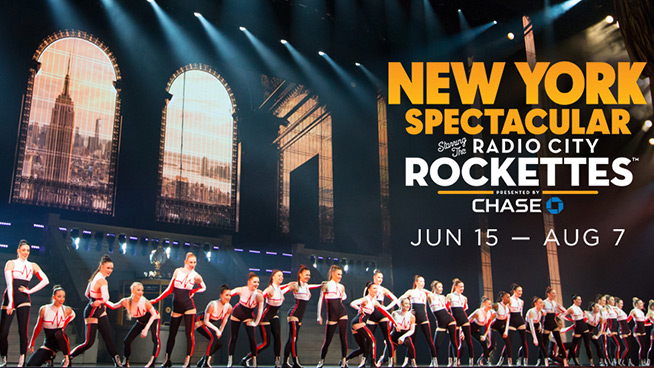