As chronicled in the new documentary Amy, almost anyone who came in contact with the late Amy Winehouse experienced some type of very intense, dark time with her, especially later part of her 27 years alive. Yet it takes almost no effort for her first manager Nick Shymansky to recollect brighter moments he spent with the gifted singer.

“Because we were flown out by the label, we decided to make the most of it,” Shymansky, the nephew of Universal Music Group’s Lucian Grainge and current Senior A&R at Island Records was telling me on “Ralphie Tonight” during a story about how he and Winehouse were in New York City. They had a meeting with her label that didn’t go as planned; due to the lack of “heat” around the artist at that particular moment, label execs were pumping the breaks on releasing Winehouse’s first album Frank in the States.

“Amy just made her first bit of money. She wasn’t really famous but she was getting a lot of acclaim. We ended up going to Tower Records and she got a massive trolley. She was like a kid in a candy store.”

Winehouse went to town in the once-booming store (Shymansky believes they were at the former Upper West Side location), not taking in to account anything – whether it be the price of the records nor the tax and shipping cost to send them all back to the UK.

“I remember she bought all this music and we paid a huge fine for taking it back (overseas),” he recalled with a smile. “It was amazing seeing her just realize, ‘I can have whatever music I want. I’ve got money.’” 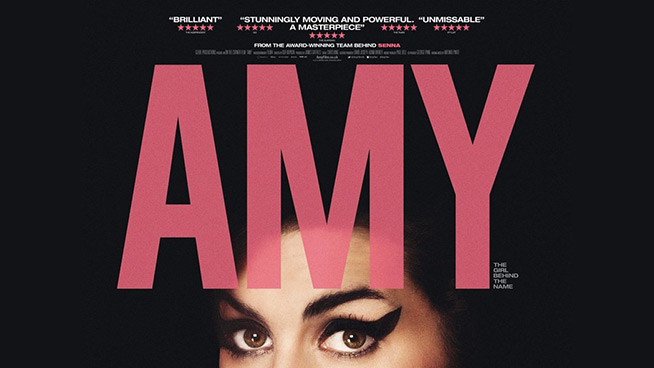 Shymansky contributed over 12 hours of footage he taped to the piece, which was directed by Asif Kapadia. He, along with rapper Mos Def, producer Mark Ronson and many other friends and family of Winehouse’s, sat down with Kapadia for audio-only interviews that are woven throughout the two-hour-plus film. The singer’s former manager cooperated with the filmmaker in part to help show different sides to Winehouse’s personality and artistry; perhaps those neglected and/or ignored by the media that maligned her until she died of alcohol poisoning in July 2011.

But the film is honest and comes with its share of cringe-worthy moments: watching Winehouse stumble in front of tens-of-thousands on stage, the singer’s mother admitting that she missed early signs of bulimia and Winehouse’s father Mitch showing up to Sr. Lucia, where his daughter was supposed to be recovering on while avoiding the media… with a reality-show camera crew in tow.

“I think one of the most powerful things about this film is that you’re not really told what to think of people,” Shymansky explained. “Opinions aren’t flying. You can’t ignore there were certain decisions, certain things that were handled badly. But I think you come away from this film… it’s two hours and 10 minutes of you being close to the artist.”

From that proximity, it is hard not to see why after viewing Kapadia’s final cut, Winehouse’s father decided to disassociate the family from its release. In addition to the aforementioned incident on the island, Mr. Winehouse also plays an integral role in the creation of his daughter’s breakout hit, “Rehab.” Shymansky actually tried to admit Winehouse; the singer responded by deferring the decision of whether she should go or not to her father.

Despite working out a plan ahead of time with her manager, Mr. Winehouse told his daughter that she didn’t need rehab. Of course, you know this by simply listening to the song, which is almost a verbatim play-by-play of the entire situation. 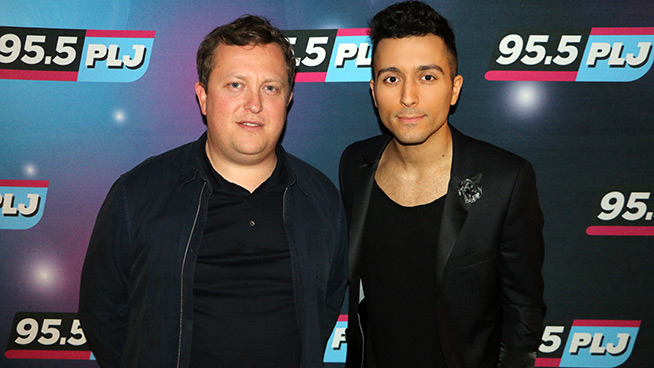 “Popular music, up-tempo music, hit music, whatever you want to call it… is very often, when you really look in to the context of what that song’s saying, it can be quite deep,” Shymansky noted, citing hits from Motown as an example. “For me, I can never listen to ‘Rehab.’ Although, I appreciate why a lot of people get it, dance to it, love it… but I knew what was behind it, and I always found it a bit of a ridicule in to my belief that Amy needed help.”

Shymansky could have easily forgotten about Winehouse altogether after his refusal to leave the company he worked for, 19 Entertainment, led to the singer switching managers prior to the release of Back To Black. But Shymansky still cares very much about the singer and her lasting legacy, knowing full well that his discovery of Winehouse helped cement his own credibility in the industry.

“Lioness record came out, and I always felt very strange about that record coming out because it wasn’t a record that Amy said, ‘This is my body of work. I’ve finished it. I’ve done it,” he responded when I inquired about the possibility of any unreleased demos seeing the light of day. Keep in mind who Shymansky’s uncle is and what label he now works for, and this is an obvious example of the former point regarding his interest in the singer’s legacy. “Amy took her music very seriously…I hope that if music does emerge, it’s not put out there.”