INTERVIEW: Alexander Skarsgård On Layers In ‘The Diary Of A Teenage Girl’

“The Diary of a Teenage Girl” was a breakout hit at this year’s Sundance Film Festival. Based on a novel, the plot alone raises eyebrows and piques curiosity: a 35 year-old man takes the virginity of his girlfriend’s 15 year-old daughter. The movie is set in 1970’s San Francisco.

Predatory? Sure. But director Marielle Heller and the cast – starring Bel Powley as 15 year-old Minnie and Alexander Skarsgård as 35 year-old Monroe – knew that in order for the film to work, there would need to be a balance of both maturity and innocence.

“We wanted to make it interesting and layered and find moments where, you almost not root for them to be together but it was important that you didn’t hate (Monroe) from the first to last scene,” Skarsgård explained to me during a press junket for the film at the Crosby Street Hotel in Manhattan. “We wanted to make it more uncomfortable for the audience, where they have to (ask themselves), ‘Oh, I don’t know how I feel about this.’” 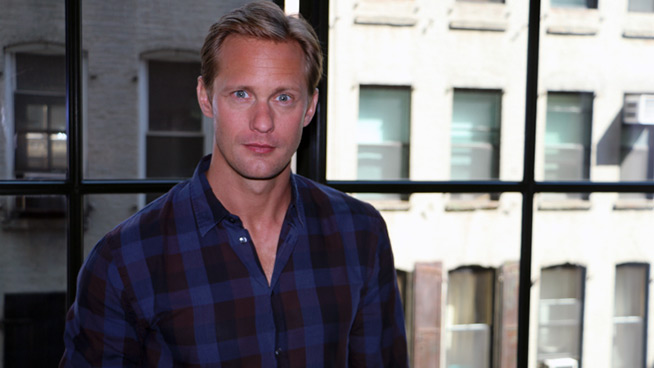 Skarsgård places a lot of credit with Heller, who worked on this movie as writer and director for 8 years, and Powley, who he says the film couldn’t have worked without. The British actress turned 23 this past March.

“We had about two weeks of rehearsals in San Francisco before we started shooting,” Skarsgård explained as to how he and Powley developed their on-camera rapport. “To have that much time was such a luxury.”

The actor, known for “True Blood” and “Zoolander” along with the starring role in next year’s “Tarzan” film, said the rehearsals were more like a hangout. The director and two co-stars sat around a table, drank coffee and just talked about the relationship between Monroe and Minnie.

“Diary” also stars Kristen Wiig as Monroe’s girlfriend and Chris Meloni as Minnie’s father. It received a limited release in New York and Los Angeles but will expand showings throughout the month.

Heller’s objective with the film was to help people have a better understanding of teenage girls. Skarsgård, who doesn’t have any kids, still finds himself a bit in the dark on that subject.

“And I don’t understand teenage boys either!” he continued. “If I met myself when I was 15, I would not understand myself at all.”