How did I spend my #LaborDayWeekend2015? Well, given that it’s the last time before Christmas I’ll get to visit my family in Niagara Falls, I traveled back to Western New York. This trip was a bit different from past years; my colleague in Scranton Danny had NEVER BEEN to Buffalo before. So Saturday I hopped on a bus from Port Authority headed towards Scranton. He picked me up at the bus stop in the Electric City, and we drove up I-81, across 690 and the New York State Fairgrounds in Syracuse (Go Orange!) and over to I-90 where we drove to Niagara Falls.

After dropping off our bags on Saturday night we headed to downtown Buffalo for a few drinks and so Danny could experience the piece of Heaven that is a Jim’s Steakout Chicken Finger Sub (medium, lettuce, tomato, blue cheese on wheat).

On Sunday, we went for a jog from my house to the scenic campus of Niagara University, spent some time at the pool and then drove back to Buffalo for the National Buffalo Wing Festival. 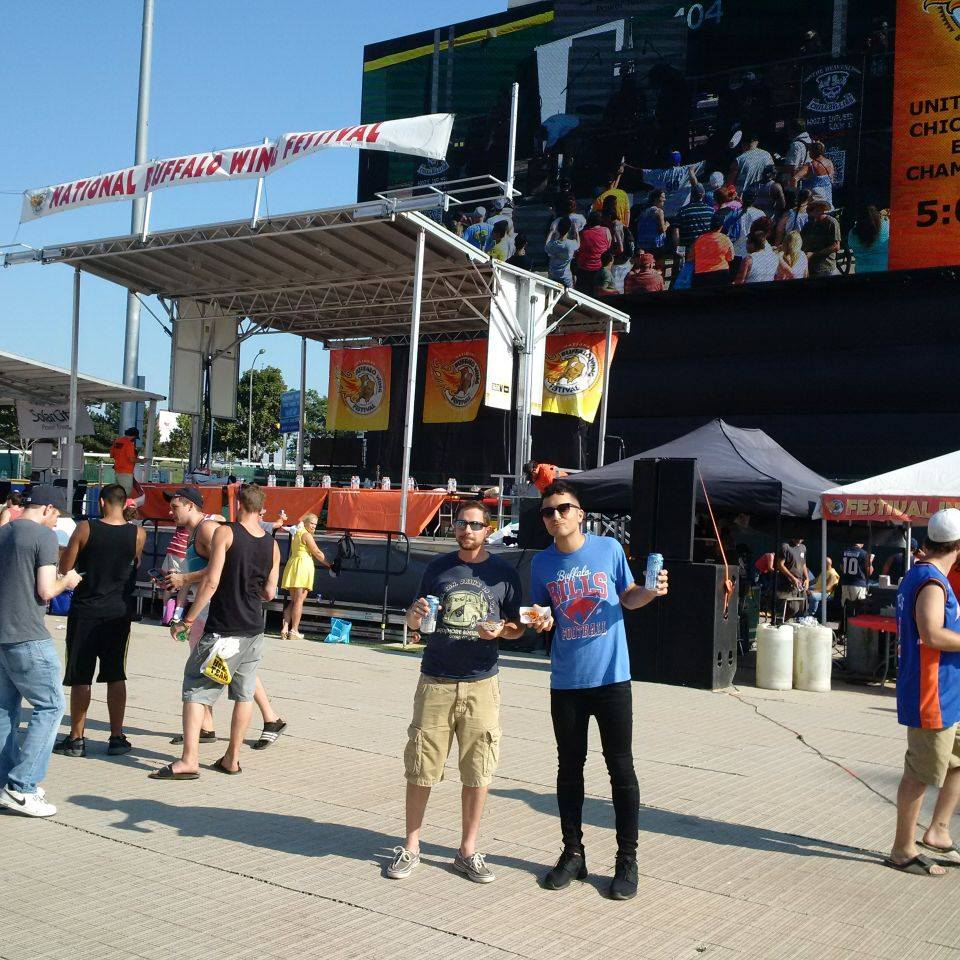 It is everything we thought it would be, and then some. We tried wings from WNY’s big three: Duff’s, Anchor Bar and La Nova. There were pubs serving up the deep fried (or in some cases, dry rubbed) delicacies from across the country and even from across the pond – a wing spot from England was there!

Duff’s is without question my go-to.

After a few hours of stuffing our faces, we were off to see THE Niagara Falls. I grew up about 10 minutes away from the rapids.

Still pretty gorgeous. We followed up our visit with a trip to Hard Rock Cafe in Niagara Falls. My buddy Vinnie is the OM there so we said hello to him and partook in our first Oktoberfest (Samuel Adams) of the season.

Then we returned to my house, where my Mother had prepared my favorite meal: Chicken Francese with a side of my Mom’s patent homemade pilaf. YAS.

Labor Day, sans a run, was rather Labor-Less.

For the most part, the same could be said for Tuesday (I took an extra day, sue me!)

Another highlight of the trip: Tuesday night. My Dad and I went to one of his favorite watering holes, Stadium Grill on Hyde Park Blvd. We downed a few beers and watched the Yankees game together.

I flew back early Wednesday morning so I could interview a one Justin Bieber.

The trip home was everything I wanted it to be and then some. Next up on the #RalphieOTRA itinerary: Scranton for Mohegan Sun Pocono’s Oktoberfest and Atlantic City for Miss America – all in the same weekend.