Adele makes selling music and breaking records look as effortless as she does belting out notes.

“Hello,” the highly-anticipated single from the artist’s forthcoming album 25, sold 1.1 million copies in its first week out. This is the first time that a song has sold a million copies in a week. The record-setting sales figure also catapulted the track to the top of Billboard’s Hot 100.

Grab the tissue box, because there is certainly more to come. The UK singer, nee Adele Adkins, is gearing up for a tour-de-force of promotion ahead of the new LP. She graces the new cover of Rolling Stone and will perform a special one-night-only show at the iconic Radio City Music Hall in New York on November 17. Tickets to the show will surely be hard to come by, but the world will get to experience it as a prime-time special on NBC in December.

Across the pond, Adele is also setting records and reportedly booking TV gigs for next year; a source told The Mirror that the “Someone Like You” songstress is confirmed to perform at the Brit Awards, akin to our Grammys, in February. 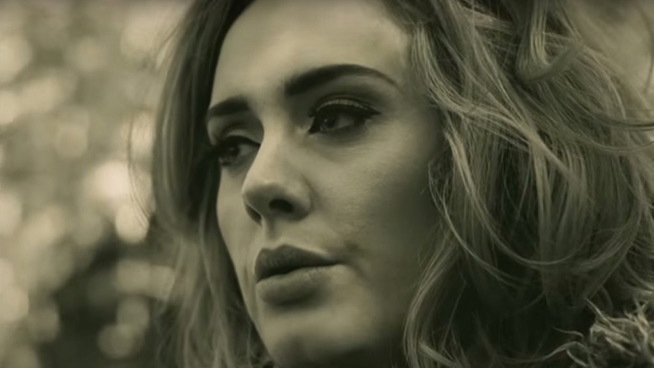 While the facts and figures are impressive, few are probably surprised. Adele’s new album follows the massive success of 21, which sold 31 million copies globally and made the singer a household name. The sophomore LP was released almost five years ago; practically an eternity for her most rabid fans.

“My last record was a break-up record, and if I had to label this one, I would call it a make-up record,” Adele said in a statement announcing the new release. “Making up for lost time. Making up for everything I ever did and never did. 25 is about getting to know who I’ve become without realizing. And I’m sorry it took so long but, you know, life happened.”

“Life” included vocal cord issues, a baby and certainly some well-deserved time off after a hectic stretch in which “downtime” consisted of working on a Bond theme that netted her both a Golden Globe and an Emmy. Matter-of-fact, the last time Adele performed on TV was when she sang “Skyfall” at the Academy Awards.

But now the singer returns to our TV sets in just a few short weeks. Adele will serve as the musical guest on “Saturday Night Live” November 21. It’s the day after 25 hits shelves and the singer adds “making up for lost time” to the list of things she effortlessly does.