Millennials Are Smart, Not Lazy, For Shunning Cereal

Monday was “National Cereal Day”; whatever that means. The hashtag #NationalCerealDay trended on Twitter while users reminisced about cereals they ate growing up and brands they still enjoy today.

Of course, cereal has made headlines recently for reasons other than having its own day: The New York Times published a piece on the decline in breakfast cereal sales, pointing towards millennials as the reason for this trend.

“It’s just too much work, for one thing,” the article, written by Kim Severson, read. “Almost 40 percent of the millennials surveyed by Mintel for its 2015 report said cereal was an inconvenient breakfast choice because they had to clean up after eating it.”

For those who don’t know, millennials are the cause of all wrong in the world: Global Warming, the volatile stock market, rising health insurance costs and Nickelback. Practically every newsroom in America felt they finally had actual substance behind the played out “millennials are lazy” narrative and decided to run with it. 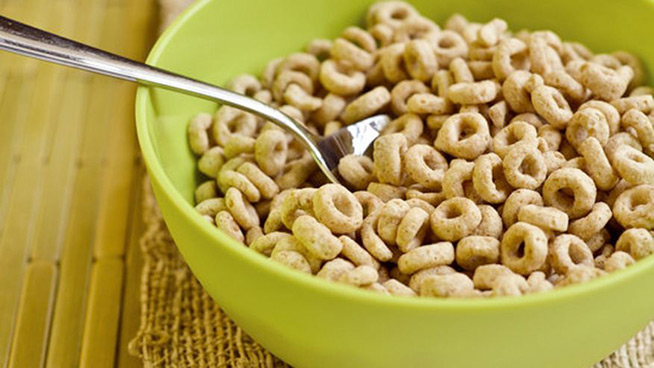 “Cereal sales are falling. Is millennial laziness to blame for the breakfast food’s decline?” asked The Republic in Phoenix, Ariz.

“There isn’t a whole lot of work required to make a bowl of cereal but, for many millennials cereal is just too inconvenient,” said Valley News Live in scenic Fargo, N.D.

Keep in mind these outlets that are calling Gen Y lazy are already writing a story based on someone else’s story that happened to include a portion of a study… but I digress.

Let’s just rip the band-aid off Tony The Tiger and get this out of the way: millennials don’t eat cereal because it generally isn’t healthy, is expensive and most certainly is inconvenient.

If you feel the need to then draw the assumption that because of this, millennials are lazy – then fine, that’s your opinion. Don’t play yourself though; you thought this generation was lazy regardless of what they eat to start a day.

The problem is what non-millennials don’t see: college debt, low wages and the end of the traditional 9-to-5 work day. This trend was written about as early as 2011 by Time. With technology, more and more people are connected more frequently to their job. This translates to longer and at times unpredictable hours in an era where decent paying jobs are difficult to come by.

Bottom line: millennials are choosing that cup of yogurt or breakfast bar to-go over cereal because it is healthier, cheaper and will save them a little bit of time in the morning after a long night at the office or before an earlier-than-normal start to the day.