When I signed off the radio Friday night, I felt like I was in a bit of a funk. Why? Well, nothing really of significance bothered me; I think I was yearning to just unwind for a few days. For the weekend, I thought the perfect way to accomplish this would be by “unplugging” – staying off of my phone and social networks for 48 hours, beginning at Saturday morning at midnight.

The only exception I made was to periodically check the networks (only Facebook, Twitter, Instagram) for direct messages, in case something was urgent. I did monitor email on my laptop but didn’t respond to anything. Of course, I also turned on my phone occasionally to see if I had any voicemails or text messages, Heaven forbid there be an emergency.

Thankfully, there was not. The plan worked flawlessly and here are 10 things that happened directly because of my absence from social media and text messaging this weekend.

Now from one perspective, I have to admit that I probably would have run seven miles anyways. But on the other hand, I definitely enjoyed running outside in the park a little more because it was one of the few times I escaped my apartment this weekend. Also, I ran Sunday evening despite a late start, one that could have been prolonged even more had I fallen in to a hole on one of the various social networks.

There was less clutter in my brain, and I think this contributed to my stress level lowering. Especially with Twitter, I have a tendency to become caught up in every moment, whether that is needed from me or not. It was nice to just watch a sporting event and not feel the need to also watch it along with everyone who has a Smartphone. And contrary to what you may believe, managing personal or brand social networks can be both difficult and time consuming, so it was nice to relieve myself of that stress for the weekend.

I broke the “no phone rule” once when I called my buddy Dan because there was a timely piece of information I needed to tell him. Technically the rule stayed intact because I called from my Google number on my laptop but regardless, the 48 hours from my social networks and phone gave me a new appreciation for talking and texting with my friends.

– I prepped my taxes.

This is always on the to-do list after the first of the year, and I finally completed it this weekend, in part because I was distraction free. It was a big undertaking but I’m all-set for my Tuesday appointment at good ‘ole H&R Block.

First of all, you need to understand that I love grocery shopping. Second of all, you should also know that on Saturday I grabbed items from all three places in the city that I normally use for food: Fairway because of its organic section and snacks, Westside Market which has the best hummus in the city and Amazon Prime Now for water, almond milk and other produce items. 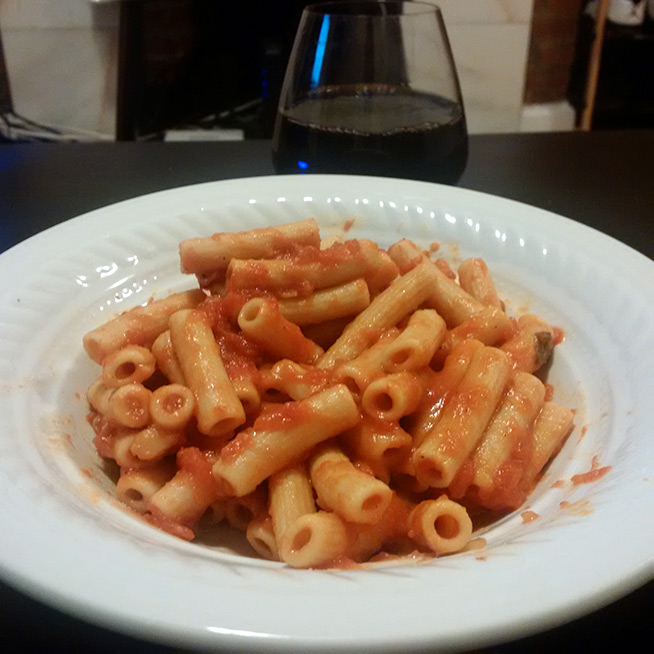 And while this follows grocery shopping, I actually did not use anything I bought Saturday for the meal I cooked Sunday; rather I had purchased some penne weeks ago and had a lovely red sauce from Marconi Hot Pots on the Upper East Side that I finally threw in a pan. My stove normally serves as the countertop for my Keurig because… single bachelor. 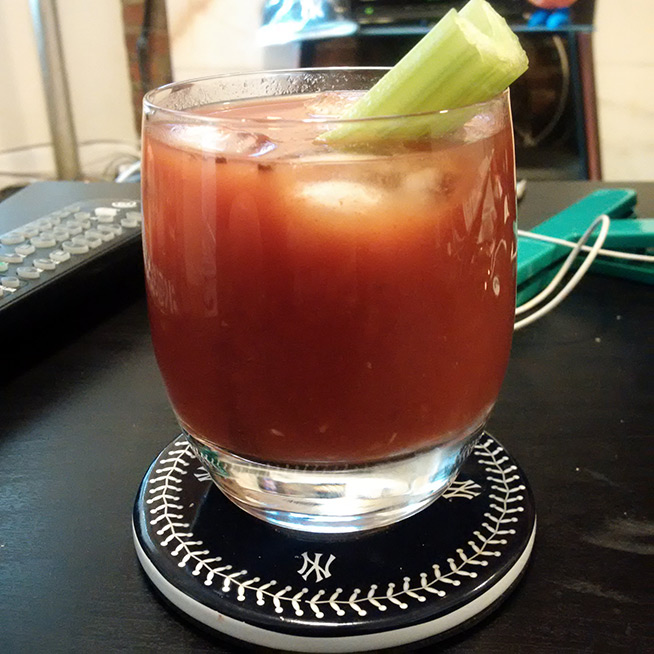 This was a big one, especially after last weekend. I made a Bloody Mary while watching Syracuse Saturday, had a few beers while putting my tax materials together that evening and had a glass of wine with Sunday dinner. That’s it. No whiskey. No bar tabs. No late nights of drinking only to be followed by order a copious amount of gluttonous food from my bodega.

– I cleaned my apartment.

A person’s living space is definitely a reflection of their head space. And now that my taxes are prepped, the stray receipts on the coffee table and dresser are to a bare minimum, the clothes are folded and put away and the garbage is outside. Namaste.

– I played a fair amount of Playstation 4.

And I can finally beat the computer in NHL ’16 when playing on the pro level. I’m sure you were reading this whole article just for that piece of information.

As I type this, I’m going on 50 hours of not checking Facebook, Twitter, Instagram or Snapchat. I haven’t texted a soul and sans one person, haven’t called anyone.

Am I curious to see why I have 50 notifications on Twitter? Do I have an urge to respond to some of the text messages I’ve received? Not really. It has nothing to do with the importance of those interactions, but rather the realization that sometimes there is more in life than refreshing Twitter every 2 minutes.

Besides, you should have seen the amount of clean laundry that piled up on my bed…