INTERVIEW: Miss America On Her Love For Knitting, Lipstick And Beyonce

A new Miss America was crowned on Sunday night in Atlantic City, although you can count her in the court of Queen Beyonce.

“Oh, I’m a dancer,” Savvy Shields, a 21 year-old entered the competition as Miss Arkansas, replied when I asked her about her obsession with the “Formation” singer. “Every single dancer’s dream is to be a backup dancer for Beyonce.”

And Shields knows a thing or two about dreaming big and watching that dream become reality, as it did for her a few nights ago at Boardwalk Hall.

“Ever since I was eight years-old and I watched my first Miss America pageant,” the University of Arkansas senior revealed. She’ll continue school after completing her reign with the crown. “I think my mom goes, ‘The southern states always do well.’ That’s my first memory of the Miss America pageant!”

It’s true; I’ve likened southern states’ passion for pageantry to their love for college football, a comparison Shields agreed with. 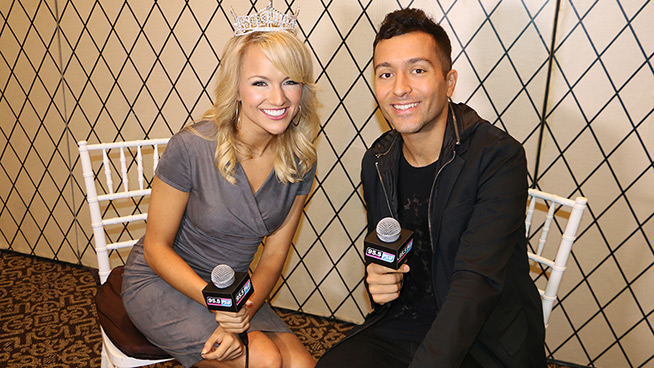 “Pageants are a big deal (in the south),” she said. “Hopefully I’ll be able to whenever I’m traveling the country get to see how pageants are in different regions.”

At the moment, Shields is spending her time in the northeast. I caught her in the middle of a whirlwind media tour in New York City that included “Good Morning America,” “Live With Kelly,” “CNN” and a number of other media outlets.

“My first journal entry was (Monday) night,” Shields said, noting that she is trying to jot down memories on a nightly basis. “I wrote down the very first day of Miss America and what that means.”

Some other fun facts about the new titleholder: she loves lipstick (“I have about five in my purse and six in my makeup box”), enjoys people (a job prerequisite) and knits, as in scarves.

“I taught myself when I was around 13 years-old how to knit on YouTube,” she explained while also inadvertently yet perfectly encompassing the idea of Miss America (this was the organization’s 96th pageant) in the 21st century. “Every winter I’ll whip out my knitting needles and I will knit scarves for all my friends.”

Shields once tried to make a hat with her knitting skills, but wasn’t impressed with the final product.

“It didn’t turn out that well. It was more like a sock.”

Thankfully for Shields, she has her headgear planned out for at least the next year anyways.