Charlie Puth confirmed to me that the “Nine Track Mind” album cycle is finished but he stopped short of saying that he wouldn’t be a part of any other new music before year’s end.

“We filmed a video for ‘Dangerously’ just as like a fan thank you,” he revealed. “Yunno, thanks for this amazing life-changing year; here’s a really cool video for a very popular song on the album.”

“Life-changing” is an apt way to describe Puth’s world since the release of “See You Again.” The Wiz Khalifa-fronted song, which served as the main single from the “Furious 7” soundtrack, went on to accumulate GRAMMY and Golden Globe nods while also racking up a billion plays on YouTube. 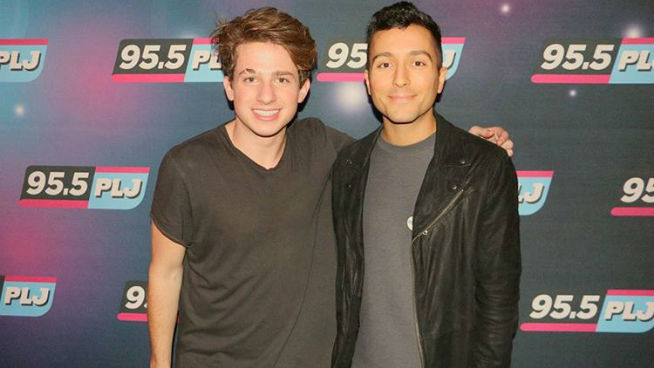 Then you factor in Puth as a solo artist: three hit singles off a Gold-certified debut album with two U.S. tours in support of it.

“Kind of like a whirlwind,” is how Puth characterized the past year-and-a-half. “I went from literally having nobody know me to, yunno having five security guards around me when I walk around Times Square.”

The Rumson, New Jersey-native seems to enjoy the ride. Just a few nights prior to our chat, he played to a sold-out Beacon Theatre on Manhattan’s Upper West Side.

“We shut down two streets!” he exclaimed, before chastising me over a tweet I sent about thankfully not grocery shopping that night. The venue is across from my neighborhood store, a Fairway.

“Saw your tweet; you were like, ‘I’m glad I didn’t go shopping!’” Puth repeated, while clearly amused before adding, “Don’t get it twisted. I read your tweets!”

The one consistent since I started interviewing Puth a year-ago is his demeanor: he takes his art seriously but certainly enjoys lightening up a bit too. Apparently, that doesn’t just occur during interviews either.

“I joke around with my boys The Chainsmokers all the time like, ‘When are we going to make a song where we can like, turn up to in Vegas with everybody and make a big party out of it?’” he told me. “I’ve written records with a lot of amazing, legendary artists, new and old, even in these past couple of months.