INTERVIEW: Rachel Platten On The AMAs And Her Dreamy 2016

Rachel Platten’s 2016 has brought her many different places; one of the latest being Times Square where she, along with Joe Jonas, helped reveal some of the nominees for the 2016 American Music Awards.

When it comes to the show’s biggest prize, “Artist Of The Year,” the “Fight Song” artist knows a thing or two about some of the potential winners. Platten met Selena Gomez (“She’s a wonderful person”), is nominated with Adele in the category of “Favorite Female Artist – Adult Contemporary” and even drew inspiration for her set list from one of the category’s nominees.

“I cover his song on my tour,” she replied when I brought up Justin Bieber. She tackles the hit “Love Yourself” during her show. I then mentioned another artist in the category, Bieber’s fellow Canadian, Drake. 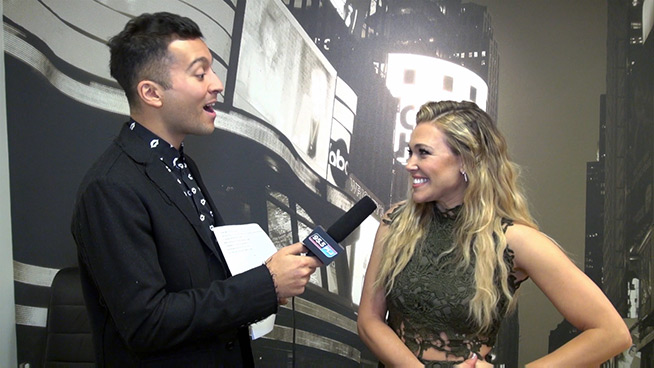 “I also tried to cover his song on my tour, and realized that it wasn’t very good when I did it,” Platten deadpanned regarding the hit “One Dance.” “I wish I had figured it out.”

Platten’s “The Wildfire Tour” kicked off in February, a month after she dropped her major-label debut album. The LP also spawned the hit “Stand By You.”

“I feel like all of my wildest dreams came true the past two years,” she told me. “It’s been so amazing. I worked for a long, long time to get here so I think 2016 will always hold a special place in my heart.”

And the year is far from over; Platten wraps up her tour in Florida on Saturday and will attend the AMAs, which air live November 20 at 8 pm EST in Los Angeles.