We all have different ways of getting over ex-lovers and coping with failed relationships. For Julia Michaels, her method involved releasing a debut cohesive body of work, the self-dubbed “mini-album” called “Nervous System.”

“I’m fully transparent. This whole (mini-album) is literally my life,” Michaels explained to me. “There were so many things that I couldn’t say to him and there are a lot of things that I don’t confront with myself that I put on this mini-album.”

Over the course of our sit-down interview Michaels noted that each track on “Nervous System” represents something that actually took place in the relationship. All of the songs were written about the same boyfriend referenced in the hit single “Issues.” The mini-album was penned over a two-month stretch after Michaels released the first track. 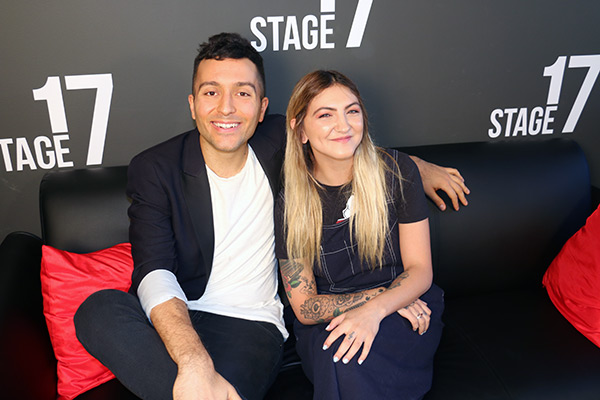 Perhaps the two most heart-wrenching songs are “Just Do It” and “Don’t Wanna Think.” The former describes a moment when Michaels knew her ex-boyfriend wanted to dump her but was worried he would break her heart. The latter is the only track on the mini-album that Michaels wrote alone; she is also the lone-producer on it as well. The ballad was originally titled, “Drinking Song”; Michaels composed it on a piano while drinking tequila.

“I wrote it about a fight I was having and it was just one of those songs that I had written in about 20 minutes because everything had just kind of flowed out of me,” she revealed. “Like I said, I don’t confront things and I suppress a lot of things and so sometimes when I listen down to something I’m like, ‘Oh, that’s how I feel.’”

Michaels clearly has no problem telling the world about her personal life, and the world doesn’t seem to mind; she turned-in a fantastic performance of “Issues” at the Billboard Music Awards in May and is up for “Best New Artist” later this month on the MTV Video Music Awards. Although she is currently focusing on her own music (Michaels told me that for the moment she hasn’t worked on any other songs with Selena Gomez), she still likes being able to tell other people’s stories as well.

“I love being that person that people can talk to and helping them get their stories out, because sometimes artists really want to say what they have to say but they don’t know how to articulate it in a way that fully makes sense,” Michaels said. “So I love helping them put puzzle pieces together and figuring all of that out together.”

In some aspects, Michaels provides therapy as much as collaboration. By using her debut mini-album to release an ex-boyfriend from her life, go ahead and add “self-therapy” to Michaels’ resume as well.