INTERVIEW: Here’s How This ‘Idol’ Finalist Got A GRAMMY Nomination

Believe it or not, one of the more inspirational moments I experienced on The GRAMMYs red carpet involved interviewing Danny Gokey. You may remember the singer as the third finalist on the eighth season of “American Idol.” After an introduction so vast on a show so popular, it usually becomes difficult for artists to be known for anything other than appearing on the TV competition. That usually leads the contestants to either embrace it or spend the rest of their career attempting to erase it.

Gokey took a path less traveled: a career-reinvention of sorts. However his goal was far deeper than shedding a label or scoring a hit record. 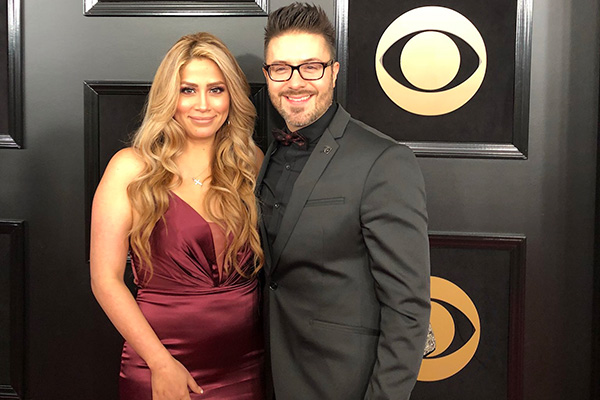 “I got to create from what was on the inside of me at the beginning,” Gokey, standing alongside his wife Leyicet, told me. “What I tried to do was create an impact.

“We’re all created uniquely. I know a lot of times we deal with insecurities like, ‘Oh man, that person is getting a lot more looks than I am,’ but really people have to think, ‘No, what you do – no one else can do.’”

Gokey further explained that by people not conforming to others’ standards and staying true to themselves, they will be able to travel to places never imagined. And for the singer, that place was The 60th GRAMMYs, earning his first career nomination in the Best Contemporary Christian Music category for his album, “Rise.” Gokey attributes the album’s success to his record label, BMG, affording him the freedom to practice what he preached. It serves as yet another example that the most impactful art is the most honest.