PHOTOS: WHAT A WEEKEND. 5 Things I’m Thankful For Are…

I don’t even know where to start with this past weekend, so let’s try the beginning. Here are five things I was thankful for.

– My go-to when booking hotels is Hotwire. Most of the time if I’m traveling for work the hotel is booked for me; but when I’m on my own I use that website for hotel deals. Hotwire has never led me astray and so when I decided late Friday night that I was going to travel to Detroit this past Sunday, I knew how to book my hotel. I ended up at The Westin Downtown and when I told some friends in The D my rate, they were stunned at how inexpensive it was.

– I wrapped up what felt like a month of celebrating St. Patrick’s Day by partaking in a beverage at Blarney Stone, followed by a few more beverages and some food at Mustang Harry’s. A big thanks to Marzi, Sarah and the crew at Mustang’s for the hospitality. It was a beautiful day weather-wise and a lot of fun to hang with some old and new friends while watching the tournament games.

– To say I’m thankful for Syracuse Orange basketball would be an understatement. To quickly rewind: I had a thought in the back of my mind heading in to Friday night’s game that if we won, I might try to fly to Detroit for Sunday’s Round-of-32 match. Once we completed the victory against TCU, I started looking at flights. Less than an hour later, my plans were set. To see that game, from those seats, amongst that squad was a memory I will tell my grandkids about (carriage before the horse there but you get the idea). I get to experience a lot of “once-in-a-lifetime” moments and I never take them for granted. On to the Sweet 16!

That's a good job outta @miketirico there getting to the top step! #OrangeNation well represented here in The D. #CuseMode #MarchMadness pic.twitter.com/w43BxriPil

– I received a few odd looks like I was some-type-of-crazy when I told people this weekend that I was heading to Detroit. I think part of that was they couldn’t believe I booked a trip on Friday night for Sunday. But surely the other part was that they were skeptical of why I’d be so eager to travel to the Motor City. After Sunday’s initial visit, I’m already planning a return trip. Downtown Detroit is beautiful, the new Little Caesars Arena is gorgeous, there is plenty to experience and perhaps most importantly – the people are amazing. I was in dive bars and hotel bars, pizzerias and Coney shops, Ubers and shuttle buses. And I need to return because I only visited one spot in Greektown, I need to catch a game at Comerica and I never made it to a single casino. Thank you, Detroit.

– Last but certainly not least… I am beyond thankful for my friends. I got to day-drink with my roommate Rafael on Saturday. Marzi came through clutch with the invite to Mustang Harry’s. JAG scooped me from the airport in Detroit Sunday, showed me around and grabbed brunch. My buddy Ed snagged me that amazing seat for Sunday’s game. I had the chance to see Matt and meet his wife. My colleague Robby picked up a nice dinner on Sunday evening. And countless others checked in via text and social media throughout the weekend. I love you all. 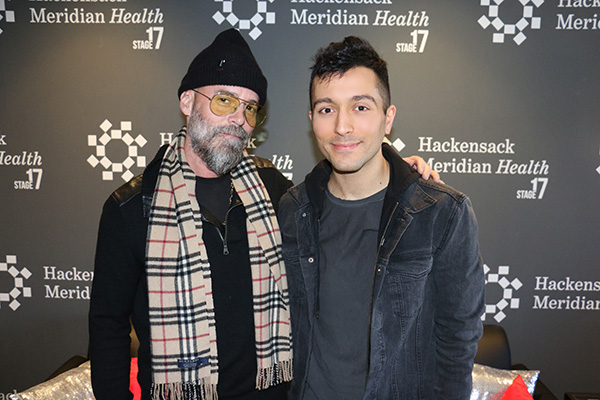