Theory of a Deadman admits that by the year’s end, they will have catered to both ends of the spectrum of their audience: with a summer spent on Crue Fest and a fall tour planned with Daughtry. But none of the British Columbia rockers believe that either group will feel alienated.

“We were really thinking about doing a headlining tour,” TOADM front man Tyler Connolly revealed. “I think we were kinda thought to ourselves, ‘Well, where are we in this record cycle and our career? Maybe we should be out there in front of a lot of people, maybe people that don’t know Theory of a Deadman yet.’”

Connolly and his band are no strangers to Daughtry – as Chris himself lent vocals to TOADM’s “By The Way”, off of Theory’s third LP, Scars & Souvenirs.

“That’ll be cool to play that song live too,” said the lead singer. “From a business point of view, it’s going to be such a great tour for us.”
—

—
Theory’s perspective is simultaneously honest and refreshing. While many bands struggle to find an identity in between their rock and mainstream audiences, TOADM seems to have successfully done so. Yet the band doesn’t take itself too seriously – Connolly along with bassist Dean Beck and guitarist Dave Brenner joked about partying naked with Motley Crue, banging groupies, and their choice of Canadian beer.

The ribbing didn’t lie exclusively within the room, as a lot of light-hearted comments were directed toward fellow Canadian Aubrey “Drake” Graham. When asked on The Ralphie Radio Show if he was a Labatt or Molson guy, Drake responded with Dom Perignon Rosé.

“What?! What is he talking about?” asked Connolly, as all three guys laughed while chatting about their favorite microbreweries in British Columbia. 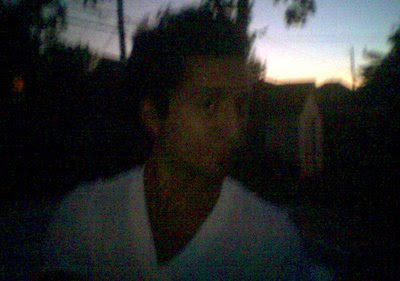 sorry for the image quality – given the light (or lackthereof), it was the best my vaio’s on-board web cam could do.

anyways, the long weekend is in full swing. i hope you’re finding time to break from labor and spend time with those close to you. i am blogging from my fam’s backyard, watching the sun set as the wind bristles against the water of our inground pool, all while typing, fending off the occasional mosquito, and of course, sipping my labatt blue light.

in related news – my mom bought a case of labatt summer brews… i didn’t even know such things existed – i’ll let you know how johnny labatt’s take on honey lager and other summer favorites fare.

enjoy these next couple days off, i’ll catch you back on the radio tuesday evening with a brand new segment – the daily download. yes, it’s as cool as it sounds.