Nick Fradiani called in to the radio show recently, ahead of a show he played at Toad’s Place in New Haven, to give an update on new music he was working on and his thoughts on the latest season of “American Idol.” 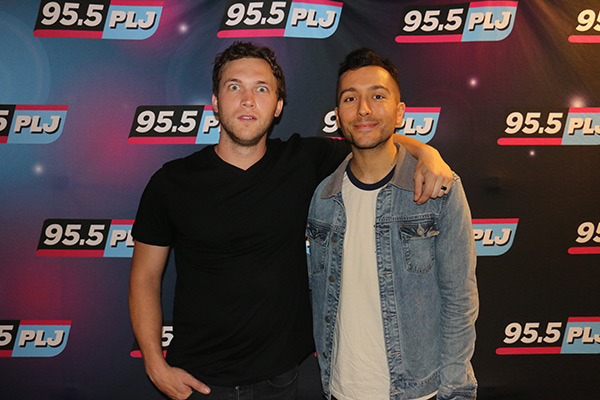 #WWOBackstage At The AMAs: Red Carpet And Backstage Show Notes

Some news and notes from the red carpet and press room at the 2015 American Music Awards. The show was held at the Microsoft Theater in Los Angeles; I watched the show from Cumulus Media’s one-on-one room, which is contained in the L.A. Live Event Deck, right next to the venue and across from Staples Center downtown.

– I saw Shawn Mendes for the first time since my Justin Bieber interview. Quick refresher: Bieber told me he didn’t know who Mendes was; both are from the same area of Canada and apparently have mutual friends. By the end of the week, Bieber not only knew who Mendes was but was praising his music. 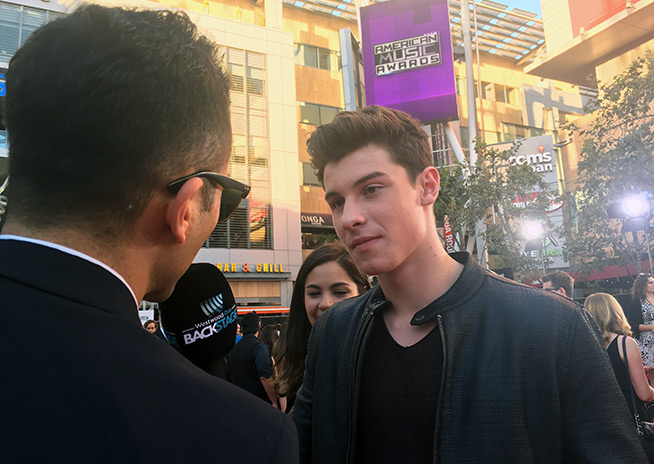 “No! I’m trying to find him,” Mendes responded when I asked if he finally met his fellow Canadian-born artist. “Where is he at? I’m going to go find them.”

Twitter didn’t break so I’m assuming they haven’t met. Besides he was asking the wrong person; from my vantage point I never saw Bieber at arrivals.

– A frequent question with the press seemed to be, “Is Taylor Swift here?” She wasn’t, despite leading all artists with six nominations. Swift took home three pieces of hardware, including Favorite Album and Favorite Song. As for her whereabouts, multiple sources confirmed that Swift was in New Zealand filming a music video. Her world tour continues this weekend in Australia.

– Usually you know when One Direction steps on to the red carpet because mass hysteria ensues. Girls sob. Kids scream. Security guards scurry. But this year, in perhaps the last American red carpet One Direction will walk as a group for quite some time, the guys began making the media rounds with minimal fan fare.

While the story has a different beginning, the ending is all-too-familiar. As soon as Liam, Louie, Harry and Niall stepped off of our platform and turned to head inside for the show, all you-know-what broke loose. The screams were the loudest I heard all day; the fans worked up such a frenzy that the tall fence separating them from the red carpet looked as if they might actually fall.

One Direction performed “Perfect” on the AMAs and won two awards, including the night’s biggest prize, Artist of the Year.

– Luke Bryan didn’t have time to stop with a bunch of media outlets, but he made time for almost every person in the designated “fan zone” on the red carpet who wanted a selfie. He even did the photo snapping! Bryan performed on the telecast and picked up Favorite Male Artist, Country.

– The reviews seemed to be generally positive for host Jennifer Lopez, who looked stunning in the press room. The broadcast averaged 11 million viewers and turned in ABC’s highest-rated Sunday night this fall. 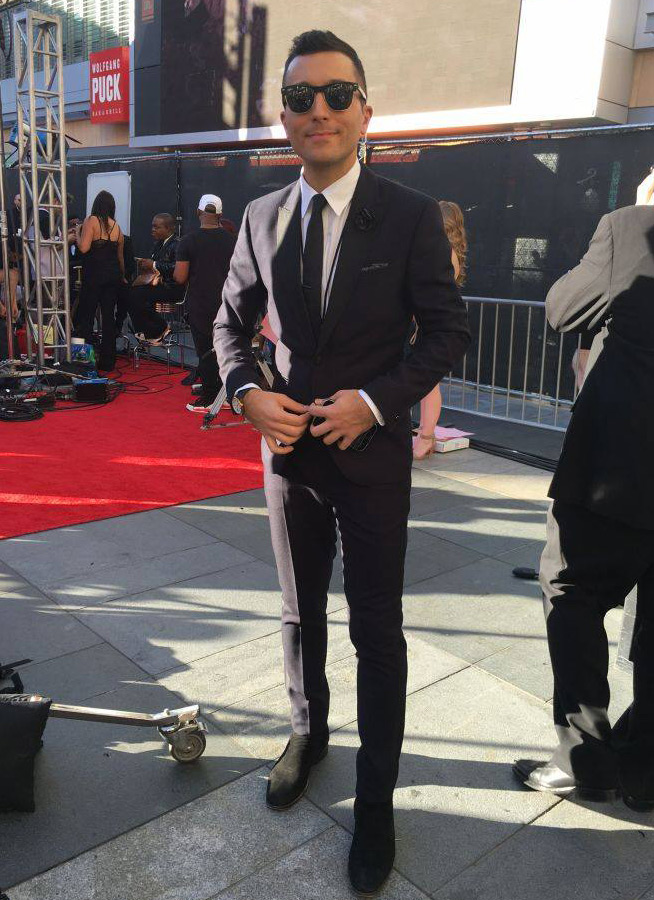