EXCLUSIVE: Hey Monday’s Cassadee Pope on "How You Love Me Now" & Splurging on Tour

Working with big name songwriters and producers can have both pros and cons. This came to light in the recent feud between Kelly Clarkson and her record label over releasing the track, “Already Gone” to radio stations. Clarkson felt the song sounded too similar to Beyonce’s “Halo.” OneRepublic front man Ryan Tedder wrote and produced both.

Butch Walker is behind many tracks from quite a few big name artists – from Avril Lavigne to Simple Plan, Katy Perry to Pink. Walker’s latest production is the song, “How You Love Me Now.” It’s a single from Hold On Tight, the debut LP of Hey Monday, a pop-rock group fronted by Cassadee Pope. The lead singer insists she wasn’t worried about the final collaboration with Walker sounding too similar to his other pieces of work.

“That’s always a risk,” admitted Pope. “But if you stay true to what your sound is and everything, and if it clicks with that other person, it’s usually just what you want.”

Pope called in to The Ralphie Radio Show on Tuesday to chat about a plethora of topics – including the new single, which Cassadee describes as “prideful.”

“It’s just about getting your heart broken and then that person wanting you back, but they also have someone else on the side,” Pope explained. “And you just kinda tell them that that’s not gonna happen.”
—
Download the mp3 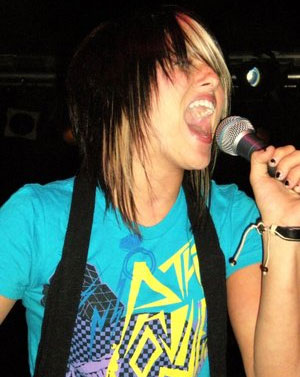 —
Hey Monday’s debut LP also spawned the track, “Homecoming” which Pete Wentz featured on his CitizensFOB mix-tape last fall. The pop rockers are signed to Wentz’s Decaydence label. The association with the Fall Out Boy bassist carries many perks – Hey Monday supported Fall Out Boy on the band’s “Believer’s Never Die Tour Part Deux” last spring. Pope and Wentz also cameo together in Degrassi: The Next Generation TV Movie. In case you’re wondering, the lead singer did not meet actor and Young Money emcee Aubrey “Drake” Graham – he does not appear in the film.

Currently Hey Monday is playing a set of acoustic shows at Hot Topic stores across the country. Pope admitted, the idea to shop before or after performing at the malls is tempting.

“I kinda splurged the first few days, but I’m being good now,” said Pope. “I kinda had an episode in Forever 21. I bought a lot of shirts and, I think I bought a skirt too. I packed light for this tour because I knew I’d be shopping.”

This fall, Hey Monday will tour to support We The Kings and All Time Low.