It is quite ironic that V V Brown sampled “Do Your Ears Hang Low?” for her song “Children,” the first single for an album entitled, Lollipops & Politics. The irony did not get past the singer.

“When we were making this song, I was outside and I heard an ice cream truck go by,” explained Brown in studio on “The Ralphie Radio Show” of how the track came about. “I just sampled (the song) on my iPhone. I wanted to talk about the youth and politics, generation, in a pop, sort of culture way.” 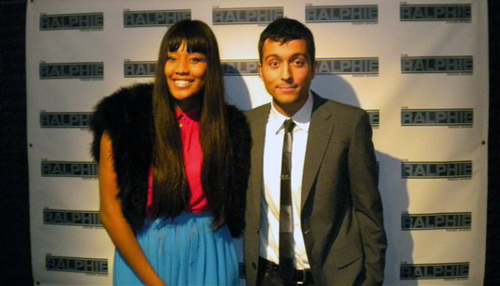 But then Brown did a little research on “Do Your Ears Hang Low?” and found out that the children’s song was derived from an old military tune that soldiers would sing, “Do Your Balls Hang Low?” You can’t combine lollipops and politics much more than that.

In typical V V-fashion, the sample heard in the final version of “Children” is the actual recording of the ice cream truck from her iPhone. On Brown’s debut LP, Traveling Like the Light, all of the vocals used for the album were taken from demo cuts. The UK-born artist kept the same formula for her sophomore record.

“Still the same kind of ‘rough’ thing,” Brown said of the recording process. “I believe that you capture magic when you’re in the moment.”

It is staying in the moment, and not getting too consumed in it, that Brown is trying to teach herself to do more often on her second run in the U.S. Specifically, the singer is applying this mentality when performing on television, as she is conscious of not “overdoing it.”

“We managed to do David Letterman and ‘Ellen,’” recalled Brown. “It made me realize that when you’re performing, you almost have to perform less for the TV, because if you do an extremely exaggerated performance and give it everything, it looks (like) too much when you watch it back.”

The other thing Brown learned from her first go-around on the American tube? The myth is true: Letterman’s “Late Show” studio is indeed freezing cold.