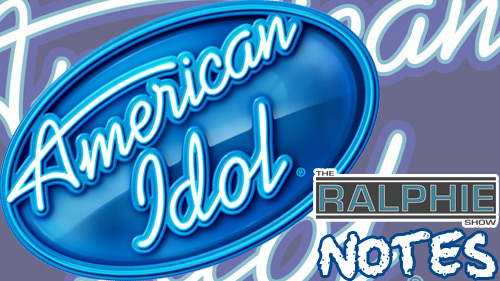 – I haven’t been impressed with the talent this season. Sorry, but even though he had a solid second song, I’m not sure Karl Skinner gets a golden ticket in another season. Then again, I wasn’t a fan of Phillip Phillips audition – and given the recent track record of white dudes with guitars – maybe he stands a good chance!

– Nate Tao – another inspiring story with both of his parents deaf yet pursuing a singing career. Sounded good too!

– I liked Halie Hilburn and could have done without all of the footage surrounding her puppet. This is why people have stopped taking these shows seriously.

– In this episode above all others, Nicki Minaj’s inexperience in music, especially compared to her co-judges, really shines through. Very interested to see how she handles the live portion of the show.

– Love Kayden Stephenson and his story, but how does a 16 year-old with such an ailment survive the rigorous “Hollywood Week”?

– Steven Tyler – I can’t… I just can’t. BTW, replace Nicki with him on this panel and I think you’d have a home run.