NEW MUSIC: Carly Rae Jepsen – ‘I Really Like You’

On Monday, Carly Rae Jepsen returned to the airwaves with the first single from her forthcoming third studio album. “I Really Like You” is very reminiscent of “Call Me Maybe”: catchy hook, up-tempo synths and lyrics suited for a hopeless romantic.


Also similar to Jepsen’s breakout hit: a little assistance from the guy that helped bring her to the masses, Justin Bieber. The pop star along with Tom Hanks star in the music video for “I Really Like You,” which was filmed in New York City. Bieber discovered Jepsen after hearing “Call Me Maybe” on the radio back in their native Canada. He and his manager, Scooter Braun, signed the singer to a record label deal.

In the spirit of the above interview, we’ll flash you back to some of Ms. Jepsen’s other appearances on our show; none more infamous than her first. This was an interview taped in Philadelphia back in May of 2012. We recorded the interview in the front seat of my car. 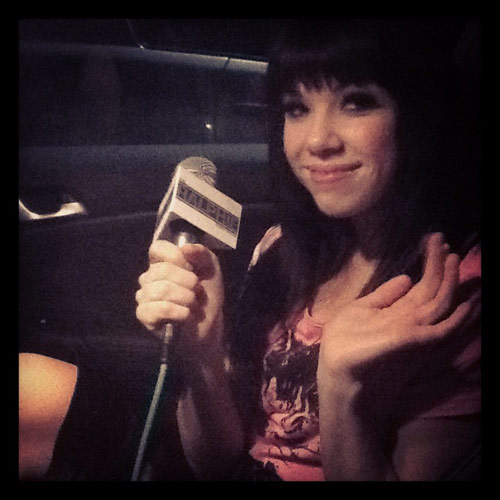 Here’s another (and we’ll stop here but there are more) – this one happened during GRAMMY weekend in 2013; Jepsen’s “Call Me Maybe” was up for Song Of The Year and Best Pop Solo Performance. It lost to fun. “We Are Young” and Adele “Set Fire to the Rain” respectively.