INTERVIEW: 4 Things That Third Eye Blind And Lady Gaga Have In Common

In so many ways, Third Eye Blind and Lady Gaga are a lot more similar than it might seem.

For starters, both care deeply about their respective fan base’s experience at a live concert. Hearing 3EB front man Stephan Jenkins talk about the band’s live set conjured up thoughts of Gaga looking out for her “Little Monsters.”

“I’m always watching the audience, because they’re like this group of people that are doing their own thing,” Jenkins noted during an interview on “Ralphie Tonight.” Third Eye Blind is set to tour with Dashboard Confessional this summer; the trek already has two sold-out dates in the tri-state area with a third, June 14 at Nikon at Jones Beach Theater, on sale now. “When I’m doing shows, I’m stoked to be here; seeing what you guys are gonna do. Like, I’m part in their thing as well. Everybody’s invited, but (the fans) make their own culture out of it.”

And also like Gaga, speaking to or about culture is something Jenkins has never shied away from. Matter of fact, Third Eye Blind was raising awareness about suicide prevention and the acceptance of people’s differences long before “Mother Monster.” The most prominent example of this is the 1998 hit “Jumper,” which was inspired by a friend of Jenkins’ who committed suicide by jumping off of a bridge in San Diego. The friend was gay and a victim of bullying. 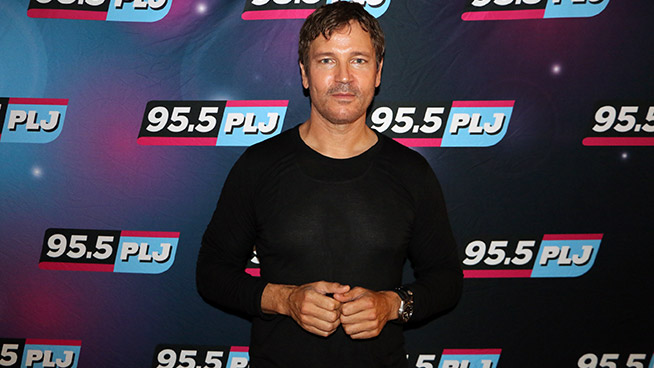 “Jumper” was on 3EB’s self-titled debut in 1997, and certainly the way in which we talk about suicide and the LGBT community has changed since then. But what hasn’t changed in the past 18 years? The music industry as a whole is completely different. That was clearly seen in Gaga’s second album cycle when online retailer Amazon offered it at a deeply discounted price. Jenkins is taking it a step further, stating that for all intents and purposes, music is now “free,” so 3EB’s upcoming album will be its final proper LP release. Jenkins said the band will simply post singles after Dopamine drops.

“Artists are not getting paid from the streaming services they have, so far,” Jenkins pointed out. “We’ve been doing LPs; I find that process to be very difficult and I think (the change) is just going to create more interaction and just more happiness for me that when I write a song, then I record it, gift to the universe, there it goes.”

Jenkins isn’t sure how the new model will affect future touring plans, but he seems excited to figure it all out. And speaking of touring, that brings us back to yet another way in which 3EB and Gaga are similar – they alternate use of the same tour bus.

“I don’t have any stories to tell (about Gaga). None of that my friend!” Jenkins joked, although he did reveal that she doesn’t leave the bus a mess.

“No. But I have someone who tidies it for me!”