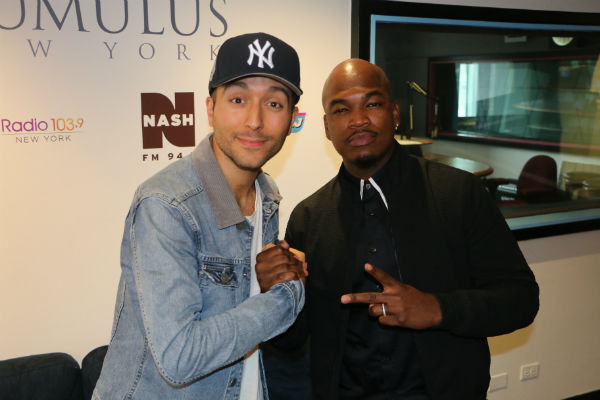 I covered radio row and the red carpet for Fashion Rocks at the Barclays Center with Westwood One. Watch my interviews with Usher and Nick Jonas and listen to Afrojack, John Varvatos, and Nico and Vinz chatting on “Ralphie Tonight.”

For five of the past six years, Armin van Buuren has topped DJ Mag’s list of the world’s best DJs. Of 2012’s top five, he is arguably the only one to not obtain mainstream success on the radio… yet.

“First of all, I’m very thankful and grateful for so many people that take the time to go online and vote for me,” van Buuren explained during a phone interview on “The Ralphie Show.” “Fans saying that they love what you do, your work, that’s just the best feeling.”

But, van Buuren cautions that while there’s “a list,” it is really impossible to compile “the list.”

“Comparing DJs is comparing apples to oranges,” he said. “You can compare me to other trance DJs, that’s fine. But it’s just very different music.”

The Dutch producer said that while he’s a fan of some of the more familiar DJs played on the radio, he would never place the type of electronic music found in their playlists.

“I know Afrojack. I know David Guetta. They’re good friends. I sometimes go and see their show,” he said. “Not to say that I don’t like their music, but it’s just not what I want to represent as a DJ.”

Like the aforementioned mixers, don’t be surprised if van Buuren soon hits not just the club sound system, but also the airwaves. The first single from his new album Intense, “This Is What It Feels Like,” is heading to U.S. radio. It has already gone top 10 in four different countries.

“Trevor was inspired with this song by his neighbor who was diagnosed with a brain tumor,” van Buuren said, referring to Canadian singer Trevor Guthrie who is on the track. “Fortunately that’s cured now; the neighbor is alive and she’s doing well. But he was shocked to hear (the diagnosis).”

As serious as the song’s roots are, the track’s music video is just as light-hearted. It features adult film star Ron Jeremy.

“It was a bit cheeky, wasn’t it?” van Buuren asked, while laughing. “It’s a little bit of a sad song, so I wanted to make a big contrast with that by having a fun video.”

In yet another sign that the EDM movement isn’t completely about partying, van Buuren called me from Las Vegas and revealed the one thing he always partakes in while in Sin City. You could say it involves staying on top of another list, arguably a more important one.

“I like the shopping here so I like to bring stuff to my wife and daughter,” he said. “They have some really cool stuff here. Sometimes they have sales and stuff and my wife always goes online and tells me what she wants.”

The producer/DJ teams up with Rihanna’s muse for this club-ready track.

The man behind “Give Me Everything,” “Take Over Control,” and formerly behind Paris Hilton gives us “Can’t Stop Me,” another summer-friendly, club-ready smash.

This is the official remix to “I Like How It Feels” – and these three can do no wrong right now in music. *Fist pumps.*