Marc Scibilia stopped by “Ralphie Tonight” to talk about his forthcoming, Butch Walker-produced album Out Of Style, his tour with James Bay and much more. The Nashville-native grew up, like me, in Western New York. So of course, there was a bit of reminiscing and catching-up to do (Marc and I have known each other for a while). 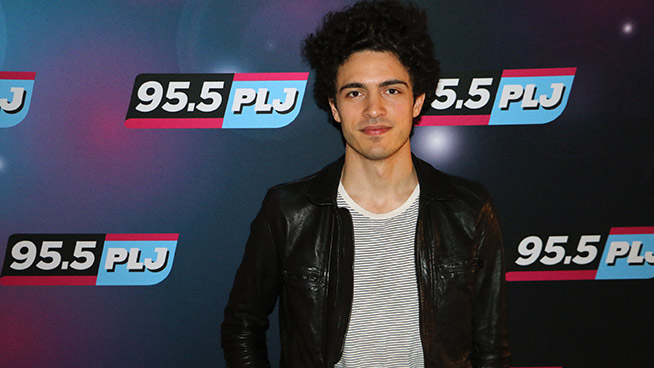 It is shaping up to be a big 2015 for the singer/songwriter. Earlier this year, his cover of the classic “This Land Is Your Land,” ended up on Jeep’s Super Bowl commercial. Outside of the Halftime Show, it was the most “Shazaamed” moment of the night. Scibilia’s debut LP drops this summer. Check out our chat and a video of Marc performing the first single, “How Bad We Need Each Other” below.

Hey Monday lead singer Cassadee Pope says the band’s forthcoming LP is about two years in the making – as that’s when she started penning tracks for it.

“I had a ton of songs all ready, to go in the studio,” she said aboard Hey Monday’s bus during a sit down with “The Ralphie Radio Show.” “We took the time off between the ‘Glamour Kills’ tour and the AP tour to go in and record the album, which was about a month and a half.”

Pope noted that the recording of Beneath It All went rather quickly because the band entered the studio prepared. Entering armed with some pretty big names never hurts either.
—
Download the interview

Check out some of the new tracks now at Hey Monday’s official site.

—
Butch Walker was the first person the front woman named when I inquired about who she co-wrote songs with. Walker is behind a many pop hits, and co-penned Hey Monday’s “How You Love Me Now”, a single from the band’s debut Hold on Tight. But unlike the first go-around, Pope actually wrote with Walker in person, opposed to over the Internet. Other collaborators include Vertical Horizon’s Matt Scannell, the duo S*A*M & SLUGGO (Sam Hollander and Dave Katz), and The Hooters’ Eric Bazilian and Rob Hyman.

Guitarist Mike Gentile revealed Hey Monday is currently planning a fall tour, amidst much promo for the new album, and may even find some unlikely time off in the process.