In the second edition of “2 Slices & A Story,” Scott Stapp reveals a rather funny-ass story from a Creed performance at Madison Square Garden. 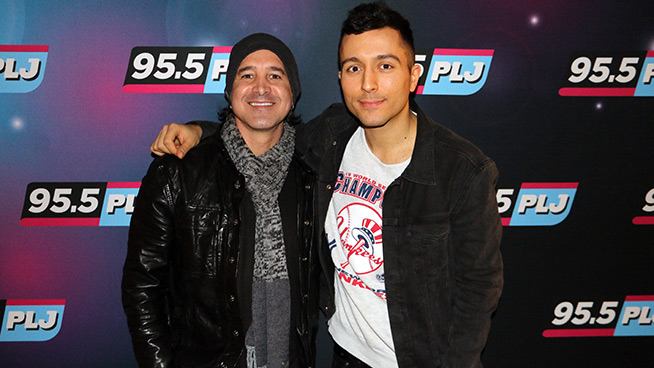 For Scott Stapp, the lead singer of Creed, it almost didn’t come to fruition. Alleged alcohol and drug abuse drove everyone around him away – from family to band mates. Suddenly Stapp’s controversies were overshadowing his chops – and those vocals aren’t easily upstaged. But just before 2008, the front man began reaching out to his cohorts. By April of this year, the reunion was announced. Now, Creed is back, with a top selling album in Full Circle and comeback tour already under its belt.

“Thanks to all the fans out there, who stuck by us,” remarked Stapp, who called in to The Ralphie Radio Show. The lead singer sounded nothing like the guy who belted out powerhouses like, “My Sacrifice” and “Higher”, and everything like the guy that was just granted a new lease on life. Stapp took his time answering every question, not afraid to pause seconds between words, finding the right phrases to describe this new phase of his personal and professional life. He didn’t shy away from one query, and offered candid, honest responses throughout our 15 minute conversation.

“I can’t mislead ya,” Stapp began, in answering a question regarding life on the road since he curbed his substance abuse. “I-uh… I still had, at the time (of the tour) a glass of wine or so with my wife here and there, but, as far as being like it was back in the day… guess it made it a lot easier to have my wife and my family there.”

Returning to the old Creed meant breaking some old habits. Bringing the family on tour and calming down the partying certainly played a role. Stapp also revealed that the band needed to remove some of the people that hung around the band. He attributed the misinterpretation of a quote in his 2006 Rolling Stone interview to this. In the article, Mark Binelli wrote that Stapp believed anyone involved with Creed wanted the lead singer to die, so he’d become a “Kurt Cobain martyr-type” and boost record sales.

“I communicated that, in that there were some people around all of us, that had some really negative intentions,” said Stapp. “That was the context of that – (the band members) don’t have the heart… that’s not guys in this band… we were surrounded by a lot of people that, now we’re not.”

Stapp told me he’s looking forward to spending the holidays at home, with his kids and wife. Full Circle debuted at number two on the Billboard charts.