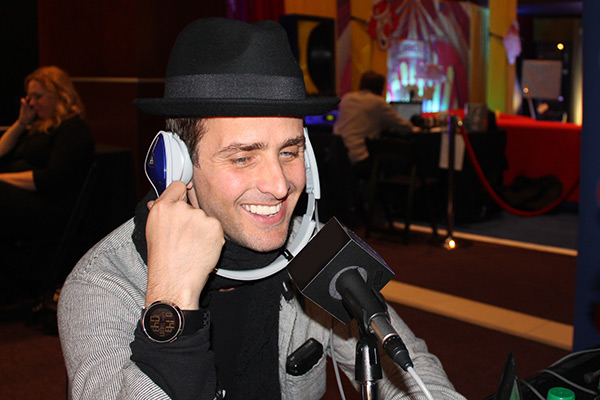 They have been around the block. On Monday, they took a stroll through their city.

Joey McIntyre and Danny Wood of New Kids on the Block ran the 2014 Boston Marathon. Both finished in less than 4 hours. McIntyre clocked in at 3 hours and 48 minutes. Wood crossed the finish line in 3 hours and 50 minutes.

The jaunt was McIntyre’s sophomore effort. He ran his first Boston Marathon last year and completed the 26.2 mile race in the sub-4 hour mark that time as well. McIntyre runs to raise awareness and money for Alzheimer’s Disease, which his mother suffers from.

Meanwhile McIntyre’s band mate participated in his first ever Boston Marathon this year. Wood, perhaps always the most physically fit of NKOTB, averaged an 8 minute and 47 second mile. His fundraising benefited Remember Betty, a non-profit that helps Breast Cancer patients.

“I did it!” Wood tweeted after the race. “So proud of Joe Mac, he crushed it! And thanks to all the BH’s cheering along the way!”

Those Blockheads used the hashtags #RunDannyRun and #RunJoeyRun to cheer on each singer and help them raise money for their respective charities.

“I’m gonna celebrate this one!!! 3:48:11 – thank u guys!!!” McIntyre wrote in the caption of an Instagram photo he posted after the race, a selfie that included his newly-earned medal.

Joey McIntyre’s Boston Marathon story begins as many others do: a native New Englander returning home to run for a specific cause. The New Kids on The Block singer’s mom suffers from Alzheimer’s Disease, and he raised over $38,000 for research with his efforts.

McIntyre finished the marathon in 3 hours and 57 minutes. At the 4:09 mark of the race, two explosions by the finish line completely changed how America would forever view the Boston Marathon.

At 2:58 PM, McIntyre tweeted that he was sure the explosion left “so many hurt,” but that he was fine. Dave Brown, NKOTB’s tour manager, confirmed to “The Ralphie Show” later in the afternoon that McIntyre and the group that he was with were OK. Brown said McIntyre ran the marathon on his own, and that no one else from New Kids was with him.

There was an explosion by the finish line about 5 minutes after I finished- I’m ok but I’m sure there are many hurt.

The artist told WBZ-TV, the CBS affiliate in Boston, that he was shooting to complete the 26.2 mile trek in less than four hours. Just twelve minutes after he crossed the finish line, the explosions left three dead and over 140 injured. The FBI is investigating the attack.

I don’t know what to say. I feel for everybody involved with the Boston Marathon. My family is ok. I am ok. Gonna take a while to process.

“I don’t know what to say,” he wrote. “I feel for everybody involved with the Boston Marathon. My family is ok. I am ok. Gonna take a while to process.”

“The Package Tour” has created quite a buzz throughout the country. New Kids on the Block, 98 Degrees, and Boyz II Men join forces for a tour that was originally scheduled for a little over 30 dates this summer. But the demand for tickets has been overwhelming, causing second shows to be added in some cities and brand new venues to be attached to the itinerary.

Naturally – the media has had a little fun with the tour name and its popularity. Such headlines as “New Kids on the Block’s Tour Is Now a Bigger ‘Package’” have been popping up, no pun intended, across the Internet. NKOTB’s Joey McIntyre is cool with that; after all, he thought of the title.

“We were having a conference call, and they were like, ‘Once we put the package together…’ and I said, ‘Let’s call it ‘The Package,’” McIntyre told me in Los Angeles. “It has all the proper rock and roll innuendo so it’s perfect.”

The roots of this lineup date back to the last North American tour that NKOTB performed on with Backstreet Boys. During a stop in Orlando, Boyz II Men joined the bands on stage for a surprise cameo.

“The place went ballistic,” McIntyre recalled. “When you see it and you witness it, you’re like, ‘We gotta do this again.’”

The boys from Boston would then link up with 98 Degrees at the Summer Mix Tape Fest in Hershey, PA this past summer. Added dates to the tour include Brooklyn’s Barclays Center, second dates in Uncasville, CT and Beantown, and Toronto’s Air Canada Centre.