VIDEO: Things Get Awkward In This Ellie Goulding Interview

I am certainly no stranger to awkward interviews; perhaps this is why I found an appreciation for a video that popped up on my Facebook news feed of MTV News’ Christina Garibaldi chatting with Ellie Goulding. Garibaldi presents with a scenario and list of possible thoughts to see what’s on Goulding’s mind. The UK singer’s new single is titled, “On My Mind.”

The festivities kick-off with question number one… and regardless of if she’s joking, you have to appreciate Goulding’s… candidness?

Monday night’s interview with Justin Bieber is creating headlines both in the States and abroad.

Everyone is talking about it for the same reason: during my chat with Bieber I mentioned 17 year-old Shawn Mendes. I find a few similarities in the two: both achieved success as teenagers, both are talented and good-looking singers who can play guitar and both are from Southern Ontario. Mendes scored a number one album this year and has a single climbing the Pop chart. The two apparently have a number of mutual friends and were even both up in the same Much Music Video Award category back in Canada.

But, now infamously, Bieber responded to an inquiry I made about the up-and-coming singer by asking, “Who’s Shawn Mendes?”

The media is having a field day with this one. Billboard, MTV News, VICE, USA Today, E! News, Entertainment Weekly and SPIN all covered it.

Then Mendes appeared Wednesday morning on BBC Radio 1’s Breakfast Show with Nick Grimshaw. Audio of their exchange is below. The original interview hit 100,000 views in 24 hours.

And in a plot twist, last night Bieber began following Mendes on Twitter.

For those sick of the wildly-viral “Gangnam Style” dance – here’s some good news: we may have seen the last of it in the United States.

“It may be the ending of ‘Gangnam Style,’” Psy told MTV News recently, noting the final performance would be during “Dick Clark’s New Year’s Rockin’ Eve.” “What better way to do it? It’s my biggest and most meaningful birthday.”

The South Korean singer turned 35 on December 31 and performed the song in Times Square ala “American Music Awards” style with M.C. Hammer. Last November, he told “The Ralphie Show” about the plans he and manager Scooter Braun had for a second single.

“I’m done with the single-track right now, and it sounds nice,” Psy revealed. “But the thing is, me and Scooter are thinking about the releasing point because ‘Gangnam Style’ in the United States – it has been (out for) a while, but in other countries, it’s an upcoming single right now.”

Psy will travel abroad to those other counties this year to perform the pony-dance – but it looks as if for now, we will be spared in the States. 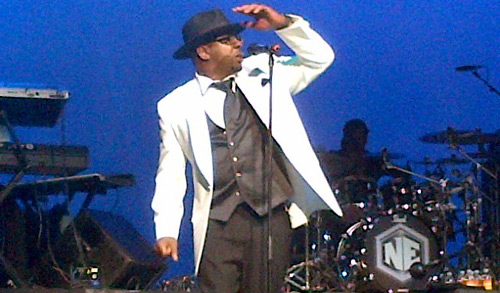