PHOTOS: A Weekend Of Firsts… And Sports

Last weekend was of the long variety for me; with an abundance of vacation to use before the end of the year, it won’t be the final time that happens in 2016 either.

It was also the last weekend before I began one of the craziest but also most enjoyable stretches of my year: flying to Los Angeles to cover the “American Music Awards” and then back to New York for the “Macy’s Thanksgiving Day Parade.” So I knew that over the course of the three days I needed to find time to rest, run a few errands and work out.

While completing all of the above, I also decided to try something new on Friday night: I got a massage. My buddy Nick is a former massage therapist, so I called him for some advice on where to go and what to look for price-wise. I ended up choosing the performance massage at my local Equinox, which was the perfect way to wind-down from a day that included a 5.6 mile run.

On Saturday I got another run in before hopping aboard NJ Transit to pay Newark a visit. My Sabres were in town to play the Devils and even though I’ve adopted the Devils as my local team (I mean c’mon, they gave me a jersey with my name on it!), I had to show up to support the blue and gold. Yes, New Jersey won but me along with my colleague Dan and his son Justin had a great time at the game. Our seats weren’t too shabby either. Big thanks as always to Kerry and the Prudential Center for having us!

The weekend wrapped with, you guessed it, another run – followed by a Football Sunday and a trip to H&M to pick-up a few last-second items for the trip west. It was a very productive weekend, which was perfect, because I had a very busy week waiting for me.

Gold medalist, Final Five member, “Dancing With The Stars” contestant and New Jersey native Laurie Hernandez called in to my show Thursday night ahead of her homecoming show Friday at the Prudential Center in Newark. In between “DWTS” and all of the other opportunities she’s receiving as a 16 year-old Olympian, the Old Bridge-born star is on tour with the “Kellogg’s Tour Of Gymnastics Champions.” Buy tickets to Friday’s show here. 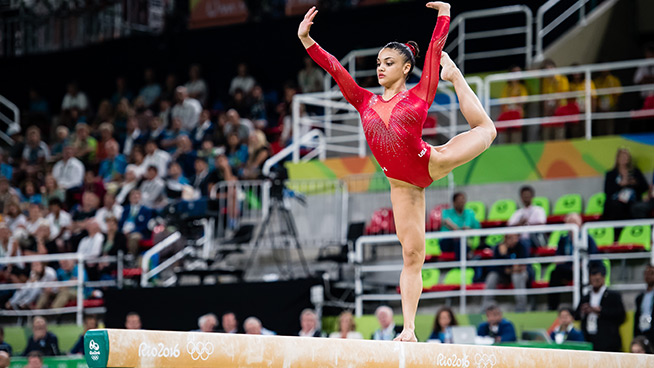 Hernandez talked about coming home, touring the country, competing on the Olympics and on “DWTS” as well as if she’s started thinking about college or the 2020 Olympics.

With DJ Khaled in New York ahead of a “major announcement” Monday (me thinks it might have something to do with the Billboard Music Awards finalists reveal on “Good Morning America”), let me drop two major keys on you from my weekend.

First key came Friday night. I signed off the radio after a show that I was pretty happy with, thus I was feeling good. But I decided not to go out (major key alert!). Instead I grabbed food from my bodega, strolled in to my apartment and caught up on work. I needed to do this for a plethora of reasons: didn’t feel like spending money on drinks, was too behind on said work and have too busy of a week ahead.

The second key came throughout the weekend: no traveling (major key alert!)! After spending the past three weekends in the air (Buffalo, Florida, Syracuse) I kept it local and it felt fantastic. The farthest I traveled was to Newark, where I caught the Devils’ final home game of the season. Prudential Center is a favorite venue of mine and it was nice to see Jersey go out with a win – not to mention veteran Patrick Elias had himself quite a game.

My sleep schedule was a bit off Sunday but that did not prevent me from running errands, finally getting a bagel from Upper West Side-institution Barney Greengrass (whole wheat toasted with Sturgeon, capers, tomato, scallion cream cheese) and knocking out a 5.6 mile run in Central Park.

Even made a rare-appearance at Whole Foods to search for wine (grabbed a Chianti), McClure’s Bloody Mary Mix (out of stock) and naturally a wife (no luck).

Hey, there’s always next weekend. And thankfully, I’ll be spending it right here.

Olympic Gold Medalist and Dancing With The Stars champion Shawn Johnson stopped by to chat about the upcoming AT&T American Cup. The event, which opens the calendar Olympic season for gymnastics, takes place March 4 and 5 at Prudential Center in Newark. Tickets are on-sale now. 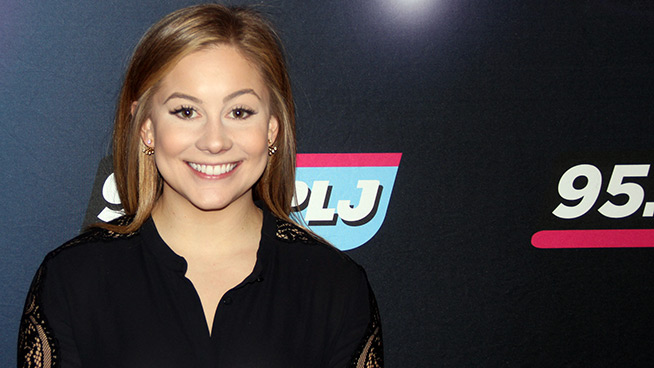 Johnson also talked about storing her gold medal and Mirror Ball Trophy away and planning for her wedding this April during our interview. 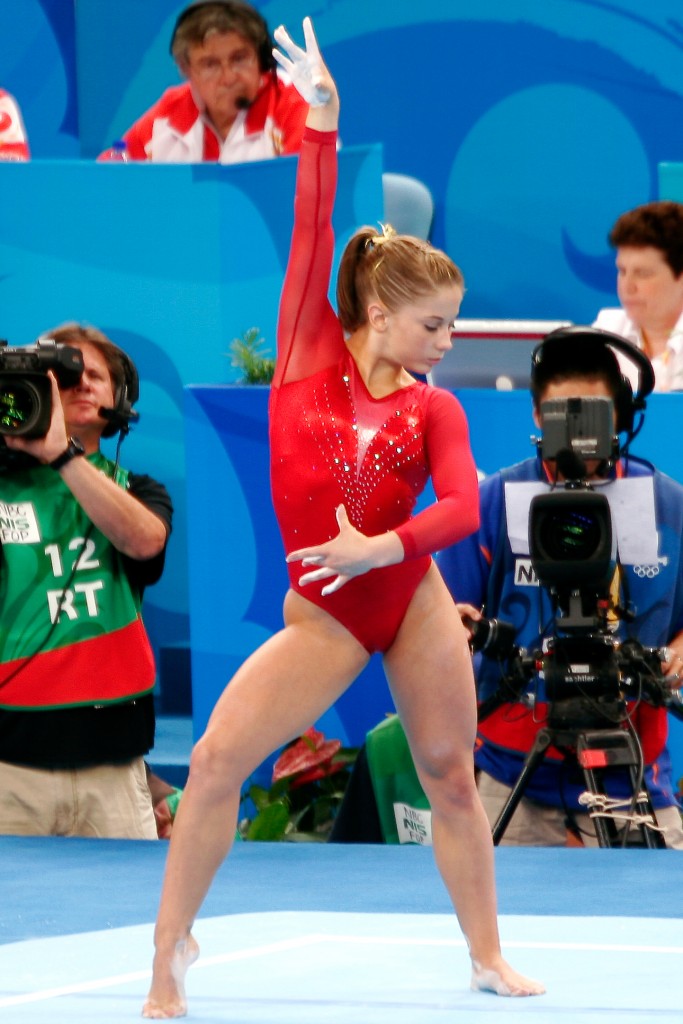 The cross-section between sports and music has never been as cool as it is now: Jay Z represents athletes, the Toronto Raptors signed Drake to consult on marketing matters and Carrie Underwood is back as the face and voice of NBC’s “Sunday Night Football.”

But the relationship between artists and athletes extends past the major American sports; action sports like skateboarding also enjoy a solid rapport with some of the biggest names in music.

Case-in-point: professional skateboarder Ryan Sheckler. The 25 year-old grew up in the spotlight alongside music artists on MTV with his reality show “Life Of Ryan.” In that sense, he can relate to musicians like Justin Bieber a little better than your average athlete. The two spent last Thursday skateboarding and filming two music videos. Earlier this month, Bieber tweeted a photo of Sheckler to promote his new single, “What Do You Mean?” 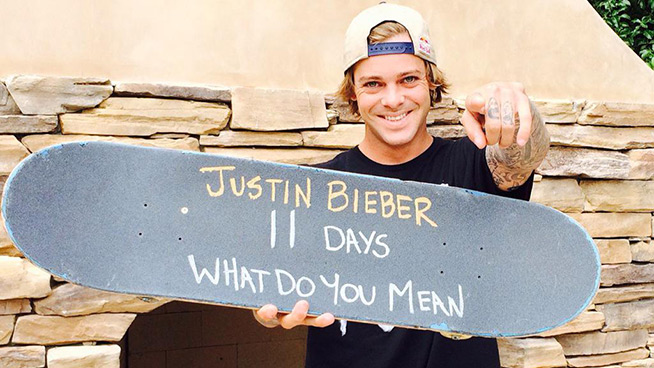 “He’s a really cool kid,” Sheckler said of Bieber. “A lot of people have their opinions about the dude but he’s a solid guy and yeah, he’s one of my homies.”

Another hitmaker with an appreciation for ollies and flip tricks is Lil Wayne. The hip hop artist’s passion for the sport led him to create his own fashion line of apparel, Trukfit.

“Wayne and Bieber, they just have the heart for it. They’re not doing it as some gimmick,” Sheckler explained; he called in to “Ralphie Tonight” to promote last weekend’s Nike SB Street League Skateboarding stop in Newark, N.J. “They actually really love skateboarding and they’re getting a lot better, day-by-day. Practice makes perfect.”

It certainly is not uncommon to see Wayne out-and-about with his board; the rapper was even spotted a few years ago skating around the parking lot of The Woodlands ahead of his concert at Montage Mountain.

“I think they realize that skateboarding is fun,” Sheckler continued. “To learn at your own pace, to do what you want to do… you can just be an individual and it’s freedom.

“I back Wayne and Bieber skating so hard man. It’s cool.”

The artists’ affection for the sport may also be a reflection of the times; as every league competes for television money and ad revenue online, skateboarding has seen an expansion past ESPN’s “X-Games.” Fox Sports 1 broadcasted Sunday’s event live from the Prudential Center.

These and possibly other reasons lead Sheckler to believe that skateboarding’s future is bright.