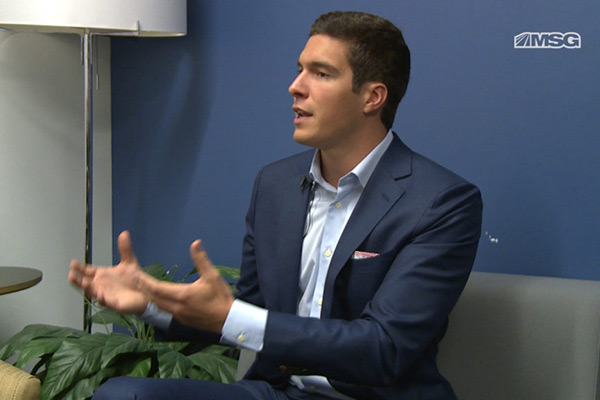 PHOTOS: Starting Off The New Year On A Good Note

I rang in the New Year in Times Square. Just two nights later, my Father and I stepped on to the ice after the Sabres beat the Rangers inside Madison Square Garden.

So one of my Dad’s good friends from back home in Niagara Falls is this guy named Ron DeFazio. Ron is a little older than Ralph Sr. and the owner of my Dad’s go-to watering hole, a venerable spot called Stadium Grill on Hyde Park Boulevard. Now even though he lives and works in Western New York, Mr. D is a life-long New York Rangers fan.

And he’s never been to Madison Square Garden. Period. Not even for a non-hockey event.

A few months ago, my Dad and his buddies were at the bar and they decided that it was time for Mr. D to see the Blueshirts on Broadway, especially with Ralph Jr. (me) working literally above MSG.

I made a few calls and scored us tickets to see the Rangers, who conveniently enough were playing the Sabres on January 3. The men booked their travel accommodations and those few months passed in seemingly a few days; next thing you know I’m hanging out with my Dad, my cousin Mike Hooper, Paul Parise and Mr. D inside Smith’s in Hell’s Kitchen. We did a bit of bar-hopping on Monday night with stops at Rudy’s and Jimmy’s Corner. Then on Tuesday, we started off the evening with happy hour at the Oyster Bar followed by a beer at Stout, a tour of the radio station and then a trip downstairs to The World’s Most Famous Arena.

Thanks to my friends at MSG Networks we were able to get Mr. D’s name on Gardenvision during the first period. Then my friend Nicole hooked up this once-in-a-lifetime photo opportunity after the game.

The Sabres ended up beating the Rangers to Mr. D’s chagrin but regardless, it turned out to be a trip that none of us will ever forget. 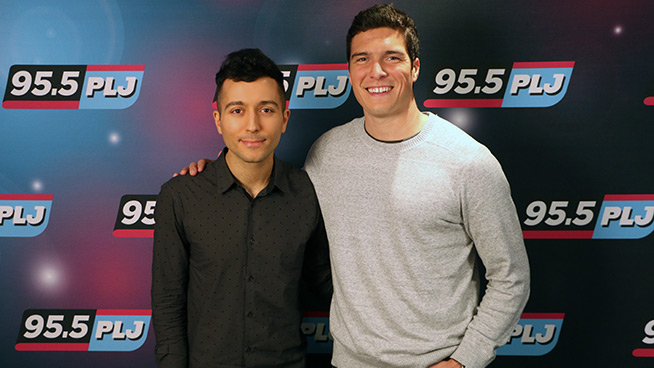 With DJ Khaled in New York ahead of a “major announcement” Monday (me thinks it might have something to do with the Billboard Music Awards finalists reveal on “Good Morning America”), let me drop two major keys on you from my weekend.

First key came Friday night. I signed off the radio after a show that I was pretty happy with, thus I was feeling good. But I decided not to go out (major key alert!). Instead I grabbed food from my bodega, strolled in to my apartment and caught up on work. I needed to do this for a plethora of reasons: didn’t feel like spending money on drinks, was too behind on said work and have too busy of a week ahead.

The second key came throughout the weekend: no traveling (major key alert!)! After spending the past three weekends in the air (Buffalo, Florida, Syracuse) I kept it local and it felt fantastic. The farthest I traveled was to Newark, where I caught the Devils’ final home game of the season. Prudential Center is a favorite venue of mine and it was nice to see Jersey go out with a win – not to mention veteran Patrick Elias had himself quite a game.

My sleep schedule was a bit off Sunday but that did not prevent me from running errands, finally getting a bagel from Upper West Side-institution Barney Greengrass (whole wheat toasted with Sturgeon, capers, tomato, scallion cream cheese) and knocking out a 5.6 mile run in Central Park.

Even made a rare-appearance at Whole Foods to search for wine (grabbed a Chianti), McClure’s Bloody Mary Mix (out of stock) and naturally a wife (no luck).

Hey, there’s always next weekend. And thankfully, I’ll be spending it right here.