INTERVIEW: Scott Borchetta Reveals What Taylor Swift Is About To Do For The First Time

She had never released an album with no country music singles. She had never sent seven singles, all which charted in the top 20 or higher, to pop radio from one album. And now, according to Big Machine Label Founder Scott Borchetta, Taylor Swift is about to do something else for the first time in her career: wait more than two years before releasing her next album.

“I think that if Taylor was standing right beside us… I think everyone knows, her fans especially know that she never stops writing,” Borchetta replied when I asked him if Swift’s most recent LP cycle was finished. “Now is no different than ever. But as far as the album cycle, this will be the first time that we break that “every-two-year” album cycle, and there’s not a time when I call her and say, ‘Hey, pal it’s time to get a record.’”

To say Swift accomplished a lot with “1989” would be an understatement: the seven aforementioned singles including a handful of number one hits, her third straight LP to debut platinum, a GRAMMY for Album Of The Year and a world tour that sold out the biggest venues on the planet. 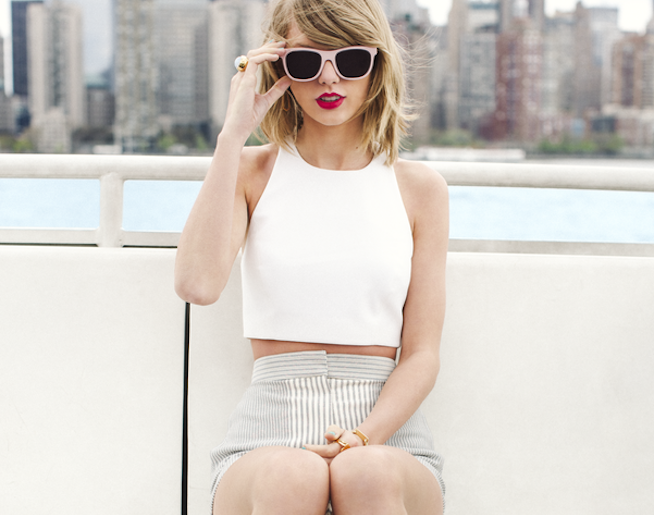 “Yunno, she’ll call me. She’ll know when she’s ready,” Borchetta continued. “And then she’ll be the one to announce to the world when the next music is coming.”

The singer broke the norm and called her own shots from start to finish. She revealed details about the album and debuted the single “Shake It Off” with a live-stream from New York on Yahoo. Swift took on one of the biggest companies in the world when Apple didn’t want to pay royalties to artists for the trial period of its new streaming service. Not only did the “Blank Space” artist compel Apple to change its stance, but she then partnered with the company for one of the more hilarious commercials in recent memory.

And don’t forget, before Apple, Swift defined the conversation around streaming services when she pulled her catalog from non-premium sites such as Spotify’s free, ad-supported version.

“#Taylurking” became a thing when the LP dropped and with it, Swift redefined how artists in this day and age interact with their fans. She commented on their Tumblr posts, replied to them on Instagram, mailed them gifts and invited them to her house for secret listening sessions.

But perhaps most profoundly, in the era of the “selfie,” she showed her fans that having a group of friends (“squad goals”) is cool. This notion was even on display with the album cycle as well: the cameo-filled music video for “Bad Blood” featured many of her “squad-mates” and won the top categories at both The GRAMMYs and The MTV Video Music Awards.

Right to the end, Swift attempted to delineate how albums (which she stressed to me in 2014 are still something of both importance and value) are marketed. “New Romantics” was the seventh single from the LP. It wasn’t even on the main album listing as it served as a bonus track, yet still cracked the top 20 on pop radio.

So yes, Swift has dropped an album every two years since her 2006 debut and we’re probably not getting one in 2016. But even if her “Swifties” have to wait a little longer than normal for Swift’s next project, it’s not like this last one will be going out of style anytime soon.