INTERVIEW: Amber Tamblyn On Her Directorial Debut And Soap Operas

The diverse career of Amber Tamblyn’s became even more varied with the release of “Paint It Black,” a movie based on the Janet Fitch novel. Originally the 34 year-old actress was set to star in the film – instead she decided to make her directorial debut with it.

“I initially read the book in 2006. I was in my early 20’s,” Tamblyn explained to me of what led to her decision to move behind the camera. “It would have been very different to have the character, who is very naïve and gets put in a really bad position with this woman who’s much older than her, who sort of takes advantage of her and almost puts her under a spell… it would tell a different story if you had someone in her early 30’s doing that, if it was happening to them as opposed to someone in their early 20’s.” 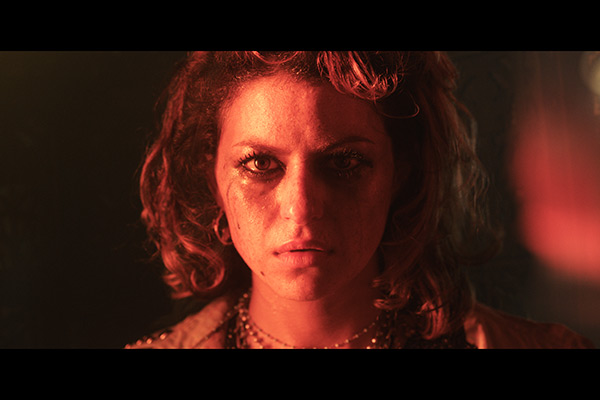 So Tamblyn found Alia Shawkat to plays Josie, a hard partier whose boyfriend commits suicide. The movie follows Josie struggling to not only cope with the loss of her lover but also the wrath of the boyfriend’s mother, played by Janet McTeer.

“I really wanted the film to be less about someone taking their life, less about suicide and more about what happens after the fact,” the director explained. “(The boyfriend) is really not in the film very much on purpose because I wanted to make a movie that was sort of devoid of answers.”

Thus “Paint It Black” focuses on two women who are trying to fill in the blanks of the boy’s death. In the process, the audience is brought in to a plot that can twist, turn or flash back to an earlier time at any second.

“I hope so. I love directing,” Tamblyn responded when I asked if this was the start of a new career. “I certainly know the type of voice that I have and the type of movie that I like which are films that err on the side of a little more arch.”

Tamblyn was 12 years old when she had her first brush with a storyline: her breakout role as Emily Quartermaine on the ABC soap opera, “General Hospital.” In hindsight, Tamblyn feels that starting out in daytime television was instrumental in her development as an actress.

“You shoot 70 pages of dialogue if you’re on an hour-long, a day. That’s crazy. Nobody does that. It’s like doing a one-act play, every single day.”

Speaking of which, Tamblyn is still in an off-Broadway show, the comedy “Can You Forgive Her? at Union Square’s Vineyard Theater. It runs through June 11. “Paint It Black” is in theaters now.